SWV Returns To Show Us What We’ve ‘Missed’ 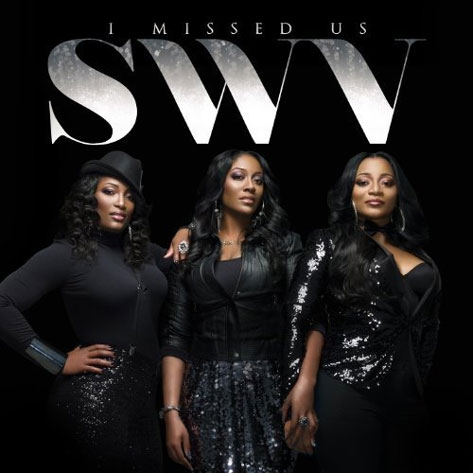 Pay attention, folks, because this is how you make a comeback. In the 15 years (!!) since Coko, Taj, and Lelee last released a collaborative work, there's been a void in the space they used to occupy. With I Missed Us, SWV bridges the gap by picking up right where they left off.
Center

The album-opener and first single, "Co-Sign" followed by "All About You" are at once familiar, yet fresh and new. They appear to have made a concerted effort to make their return more palatable by alluding to, sampling, or covering some of R&B's greatest hits. You'll be taking all kinds of trips down memory lane. The uptempo "Do Ya" features Ms. "Marilyn Monroe" herself, Brianna Perry, and breathes new life into Rufus and Chaka Khan's "Do You Love What You Feel." Just try getting Jodeci's "Come and Talk to Me" out of your head after listening to the infectious "Show Off." At the close of the album, SWV even dared to touch Patti LaBelle's "If Only You Knew," a song I long considered as untouchable as my grandmother's white couch. Not to worry, though. Ms. Patti probably kicked her own heels off after hearing Coko's soaring, chill-inducing runs near the end of the song.

While the ladies give us a lot of old school flavor, they aren't stuck in the '90s. The album succeeds at sounding modern and relevant, and much of its appeal is due to the fact that the material is so relatable. I Missed Us explores the range of emotions experienced during the course of a relationship. Songs like "Use Me" celebrate all things right in a relationship. But, sometimes you have to fight to keep what you have as in "Everything I Love," the title track "I Missed Us," or the emotional "Keep You Home." As too many of us know, however, not all relationships were meant to last. Some unfortunate soul is told to "move to the left" in the succinct, Bryan-Michael Cox-produced kiss-off, "Time to Go." Done doesn't always mean over. Lelee's contemplation of rekindling an old flame in the reflective, yet biting "The Best Years" is sure to elicit spontaneous "mm hmms," eye-rolling, and hand waving as women everywhere relate to the dilemma.

Vocally, there has been no noticeable degradation of SWV's sound over the years. Their voices are as strong as ever, and they seem to have made a conscious effort to show the world they can all sing. As expected, Coko stuns throughout. Lelee sings more than I ever recall hearing on past albums, and takes the lead on the Jean Baylor (formerly of Zhané)-penned "Love Unconditionally." SWV sounds AMAZING on this record. Sure to be an album favorite, "Love Unconditionally" very well may be 2012's "Weak." On the thumper "Better Than I," Taj takes a turn at rapping a verse before dissolving into giggles.

Seriously, there's no album filler here. Every single track stands on its own. This should come as no surprise since certified hit-maker Cainon Lamb (a.k.a. Lamb) wrote and produced most of the songs on the album. You need to go get it, like now. When is the last time you bought a complete album from a girl group? If like me, you've been sick, waiting for a pure R&B album you can play all the way through, SWV has your prescription. Pick up I Missed Us, hit play, and press repeat. Tell the wannabes to step their game up in the morning.

SWV I Missed Us [Amazon][iTunes]