Take A Few ‘Minutes’ To Check Out Belleruche’s New Video

I've had Belleruche's upcoming album, Rollerchain, on my iPod for a while now and while it's not as immediately catchy or soulful as their previous releases, there are some definite "classic" Belleruche moments mixed in with a new grittier, darker sound. Their first single, "Stormbird," was obviously chosen as such because it acts as a bridge between their previous and forthcoming work. But the new single, "16 Minutes," gives the listener more of an idea of what to expect when the album drops. The video, in typical Belleruche fashion, is visually impressive, if a little left-field. 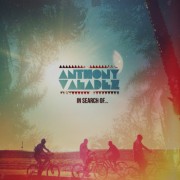 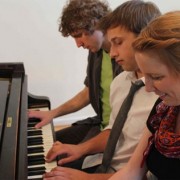 You Will Keep Coming ‘Back’ To Moonchild

A ‘Stormbird’ Is Brewing On Belleruche’s New Single

Watch Belleruche Get All The Way Live In Switzerland

Belleruche Light A ‘Fuse’ In Their Latest Video