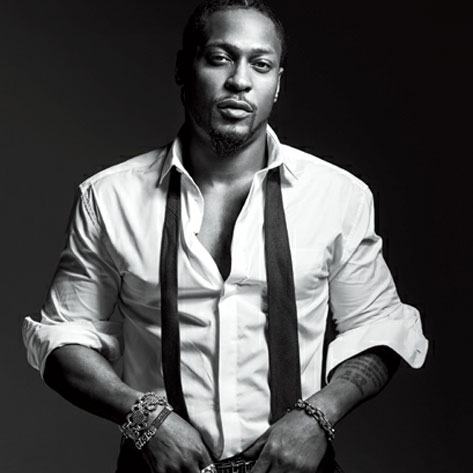 The internet has been ablaze this week as D'Angelo's first interview in almost 12 years with GQ magazine makes the rounds like a raging wildfire. The interview by Amy Wallace is a fascinating piece of journalism, lifting the veil of the D'Angelo mystique to give us a glimpse into the mind of this tortured soul. It's an eye-opening, jaw-dropping read even for those of us well aware of D's struggles over the years. We've been witness to his rise and to his fall when he dropped out of the spotlight to deal with his many demons. His fight to overcome them has been real while his adoring public awaits his full-on return to prominence, which is already in motion this year with his European tour on the books and numerous tour dates waiting in the wings. His upcoming, as-yet-untitled third album may or may not get released this year, but with these live dates, this press and the overall feeling that he's officially back and on track, we're cautiously optimistic. This backstage pass also includes insightful commentary from his musical cohort Questlove, comedian and friend Chris Rock and Angie Stone, soul singer and mother of D'Angelo's oldest child. By and far one of the most engrossing interviews I've ever read, this is required reading for all of us who want D'Angelo to win and to understand why he hasn't yet. For some required watching, hit the bounce to see D performing a bit of Funkadelic's "Soul Mate" during his GQ photo shoot after the bounce.  [Photo: Gregory Harris]
Center