Get Another Hit Or Two Of Cocaine 80s 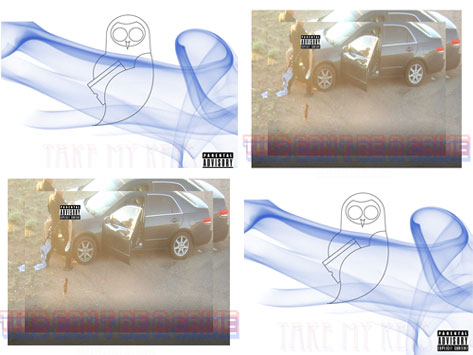 Cocaine 80s, the Soulquarian-esque super group, has been quite busy as of late. After releasing The Pursuit EP and Ghost Lady, the group, consisting of producer No I.D., emcee Common, singer James Fauntleroy, guitarist Steve Wyreman and keyboardist Kevin Randolph among others, has blessed us with a few new tracks from what we hope is another upcoming project. The second offering of the four recent leaks, "Take My Keys," offers a stripped down, less is more approach, limiting the track to only vocals and acoustic guitar. By the time the 2:36 has ended, I find myself wishing that the samba groove and sincere vocals would simply continue. This my friends is why God invented the repeat option. I dare you to stream this track less than three times below before you break down and simply hit download. In the third cut, "This Can't Be a Crime," the Frank Ocean the comparisons are notable but welcomed as Fauntleroy shows us that he ain't too proud to beg. All in all, both tracks serve as a welcomed addition to the collective's growing body of work. Having taken my two hits for the day, I can truly say that cocaine is one hell of a drug. Stream "Take My Keys" and "This Can't Be A Crime" below and hear for yourself.
Center