Go ‘Under Water’ With Anthony Valadez, Mar & The Park 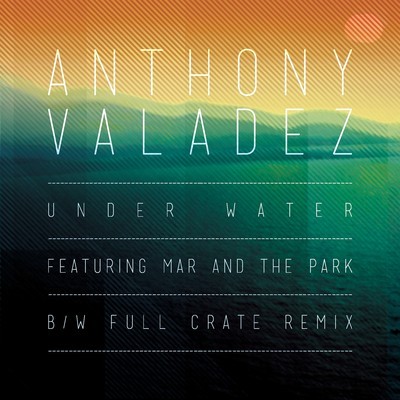 I'm not sure what the hell I was doing a month ago, but it had better been awesome considering I somehow managed to miss a new song featuring the vocals of SB mainstay Mar. Although uploaded to SoundCloud four weeks ago, it seems that I'm not the only one late to uncovering this musical gem, since it's all everybody seems to be tweeting about today. I'm not sure if it got a special publicity push or what, but I'm happy that it finally made its way into my inbox on what was an otherwise rather boring Hump Day. Mar teams up with LA-based producer/DJ Anthony Valadez and Bay Area band The Park on the super-gorgeous "Under Water." While we've grown accustomed to the more sensual and mellow side of the Dutch singer, here we find him showcasing more of his vocal pipes, especially towards the song's end. Taken from Valadez's upcoming album, Just Visiting, due out June 5th, you'd be hard-pressed to find something wrong with the song. And if Valadez's original and "After 3am" versions are just too smooth for your tastes, Full Crate kicks things up a couple of notches with his remixed version of the song. Regardless of which version of the song is your cup of tea, it's hard to lose with any of these blasting through your speakers.
Center