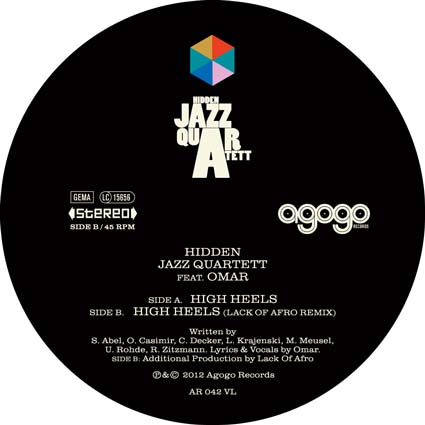 Anytime a new track with the name Omar shows up in your inbox, it is undoubtedly a good day. In the six years since the release of his last studio album, Sing (If You Want It), hungry fans have been kept at bay by countless guest spots and collaborations along the way. Although there's no word on when his seventh album will see the light of day, word on the street is that one is in the works. Until then, fans like myself will just have to keep marinating with features. The latest collabo featuring The Man himself finds him teaming up with Hidden Jazz Quartet on the funky "High Heels." This short, but sweet track has him frustrated and lamenting the wandering ways of his lady friend. Heavy on the horns and even heavier on the soul, HJQ deliver a track that could have easily made itself at home on a James Brown album in a past life. But right here and right now is just as good. The single will be officially released on June 1st and will feature a remix courtesy of Lack of Afro. [H/T: BLS]


TAGS:  audio, Hidden Jazz Quartet, james brown, omar
Previous: You ‘Betta’ Get These New Fly Moon Royalty Songs In Your Life Next: See How Dezaray Dawn Gets ‘Over It’