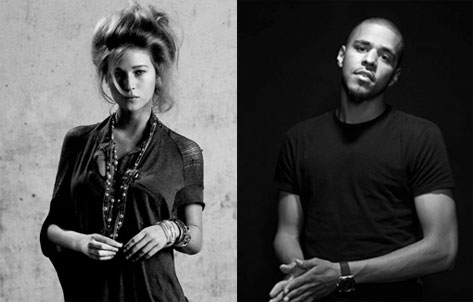 Not to toot-toot-hey-beep-beep our own horns here at SoulBounce, but we sure do know how to pick 'em when it comes to artists who we deem Bounce-Worthy. Belgian sensation Selah Sue is the latest in a long line of Bounce-Worthy designees to get mainstream attention and it's well warranted with her unique blend of soul, pop, funk and reggae. Since we profiled her back in January 2011, she's been signed to Columbia Records and her official debut album is scheduled for release in August. To warm us up, she's released the Supa Dups remix to "Raggamuffin," her second EP's title track, with J. Cole holding it down alongside her lilting reggae vibes. I would have never put these two together in my head, but the resulting remix is a nice twist on her original. Attendees to LA's UCLA JazzReggae Festival and Philly's Roots Picnic will get to enjoy Selah Sue and her band live in coming weeks. The rest of us will be keeping our eyes on the calendar for her album's August 21st release date.