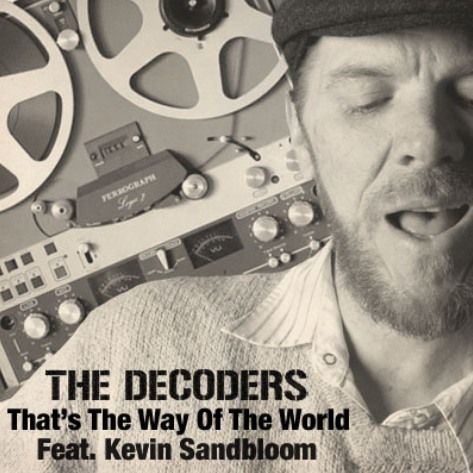 A little over six months ago we caught wind of a new project from a production duo going by the name of The Decoders who were crafting an EP of Lovers Rock-inspired cover versions of classic soul hits. There were rumors about who would be involved, and it's safe to say we were more than a little excited. Rather than releasing it as a standard EP, the guys behind The Decoders, Itai Shapira and Todd Simon, decided to release the project on a track-by-track basis. Fast forward to today and we have covers of "Hey There Lonely Boy," "Inside My Love," "Baby This Love I Have" and "Les Fleurs," and now it's time for the fifth and final single, a cover of Earth Wind & Fire's classic "That's The Way Of The World." Now many would consider this an untouchable song, but then again those same people would probably balk at the idea of covering "Inside My Love" or "Les Fleurs," but The Decoders have proved they can deliver, and deliver they do. Featuring Kevin Sandbloom on vocals, the original's smooth soul groove is augmented by a lilting reggae bounce that suits the song perfectly. This track, and their previous releases, are available via their Bandcamp page. These should keep you going while we eagerly await Volume II, which the guys are currently working on in the studio.