What Will You ‘Take From’ Dojo Cuts Featuring Roxie Ray? 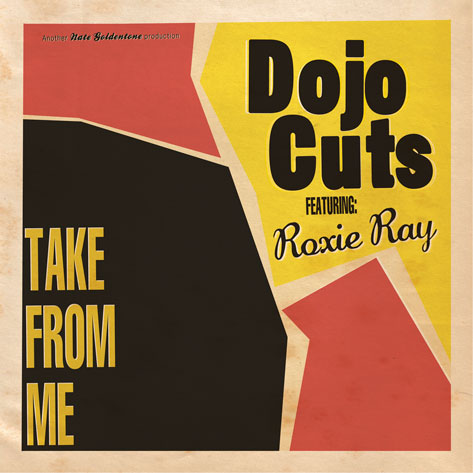 Do you remember when you tasted candy for the first time? What was it? Now and Laters? Jolly Ranchers? A saliva-soaked piece of peppermint carefully fragmented by your mother's bite (eww)? You probably were assaulted with a number of questions. What is this? Where did it come from? And most importantly, how can I get some more? I felt like I had been transported back to that period in my adolescence when I got my first taste of Dojo Cuts featuring Roxie Ray a couple of weeks ago.
Center

Although the Australian band just formed in 2008, the Dojo Cuts sound is tighter than a fresh set of micros. Each musician is so in sync with the whole. Though I tried to tamp down my urge to compare them to the Godfather of Soul's bands for fear that funk purists might come at my neck, their crisp uniformity constantly reminded of the type of musicianship required to back up the soul legend. Not all bands can pull off the retro funk sound without sounding kitschy and inauthentic. On their second album, Take From Me, Dojo Cuts prove there's nothing contrived or inauthentic about them.

Given their thick, retro sound, I couldn't help but feel a little like Dojo Cuts featuring Roxie Ray were stepping on the toes of Sharon Jones and the Dap-Kings. But, by the end of the album, it's clear that each band can stand on its own, toes intact. Although there are a couple of numbers that stand out ever-so-slightly above the rest ("Easy to Come Home" and "Sometimes It Hurts"), the appeal of Take From Me is in the collective work. You can listen to this album through and through. I felt like I was a fly on the wall at a jam session, and I didn't want to leave when it was over.

The band's vocalist, Roxie Ray, has strong pipes, but she proves that she can control them. While many of today's singers succumb to vocal histrionics, she keeps her vocals in check, ensuring that they're always a welcome addition to the songs. On the remake of the searing Etta James classic, "I'd Rather Go Blind," Ray held her own yet remained true to the original. Although she is a newcomer, she has the type of voice that sounds as if it's been here before. On the self-explanatory "My Love Is All About You," or the bass heavy "Lift Me Up," she sounds a bit like a cross between Amy Winehouse and Joss Stone. On "El Entro" and "Sonny's Strut," Roxie Ray sits out, allowing the band to really shine. The minute long "El Entro" sounds as if it could've played in the opening credits of any number of '70's TV shows. Personally, I'd love to see someone do a video mashup using the song and a superimposed image of $10 billion dollar man Samuel L. Jackson counting the numbers of records broken with The Avengers while throwing more shade at the critics.

While I like every track on the album, the one that has my play count at about a hundred right now is the the smoky title cut, "Take From Me," near the end of the album. Between Roxie Ray's passionate wails and the band flexing their incredibly talented skills, this song took me to another place altogether. Whatever your feelings are about Dojo Cuts being mentioned in the same sentence as James Brown, they were clearly influenced by him and his band. To close the album out, they chose to remake the 1969 Marva Whitney and James Brown classic, "What Do I Have To Do." The funk-soaked upbeat track is made complete by a sax solo and Miss Ray's chirps as she asks "what" she has to do to prove her love. What I shouldn't have to do is force you to go grab a copy of this album and blast it on the best sound system you have. You're going to want to take in all that Dojo Cuts featuring Roxie Ray are giving. 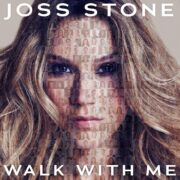