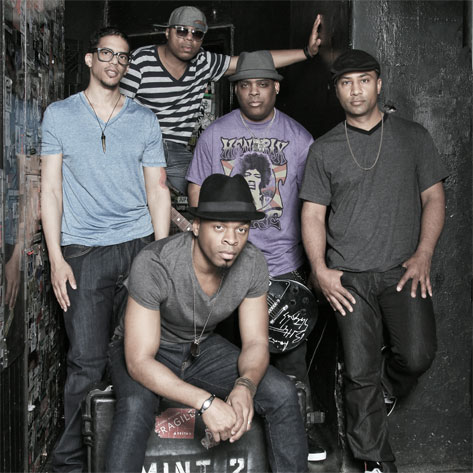 Mint Condition fans won't have too much longer to wait for some new tunes from the baddest soul band in the land. That's because a little over a year after the release of their last album, 7..., Mint has announced that they plan to drop their eighth studio album this fall. Music @ the Speed of Life currently has a release date of September 25th, and the band promises to bring us more of that minty fresh soul that they are known for. Guests on this new set include DJ Jazzy Jeff, Brother Ali and the M-Factory Horns led by former Prince and Maceo Parker saxophonist Eric Leeds. I must say that I'm very intrigued about the Jazzy Jeff and Brother Ali collabos. Let me find out that Mint Condition is going all hip-hop soul on us, which actually may not be a bad thing. Whatever the case, a new Mint Condition album is as good as bought around these parts. Can't wait to hear what Stokley Williams, Ricky Kinchen, Homer O'Dell, Larry Waddell and Jeffrey Allen have cooked up next.
Center