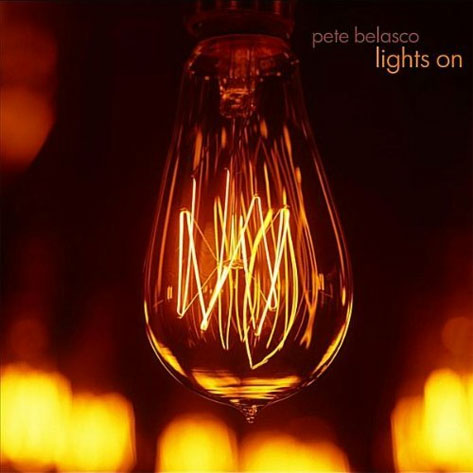 Curtis Mayfield, Marvin Gaye, Kem, Robin Thicke. Most vocalists would kill to be mentioned in the same breath with these legends and new legends. If I add the name Pete Belasco to that list, however, your response is likely to be "who?" When I first heard Belasco's voice, I thought I was hearing an unreleased Marvin Gaye track I was unaware of. While not a household name like, Maxwell or Eric Benét, Belasco may well give them a run for their money as one of the sultriest, sexiest, soul singers out there today.
Center

If you aren't familiar, Pete Belasco began by playing piano as a child, and later added the saxophone to his arsenal. In high school, Belasco played in rock bands, but soon became primarily interested in jazz and studied sax at Rutgers University and the Hart Conservatory. Upon graduation, Belasco relocated to Miami and gigged in local bands. A severe boating accident that broke both of his hands prevented him from playing an instrument for seven months. As with many things in life, Belasco believes it was a blessing in disguise because it forced him to develop his songwriting and singing skills. Belasco recorded his debut album, Get It Together, in the fall of 1997. His long-awaited sophomore effort, Deeper, appeared seven years later.

On third and most recent release, Lights On, every one of the 14 tracks knocks it out of the park, so its really hard to pinpoint stand outs. There are a few album favorites to note, particularly the Quiet Storm opener "I Ain't Doin' It" and "Later," where he remixes Impressions doo-wop with cozy New York jazz. Still, it's difficult to pick out favorites when the entire album hardly abandons the tempo and sleepy lounge soul. He has a keen voice, and he is totally surrounded by dreamy piano, romantic balladry and pristine production. But Lights On is a cohesive body of mood music. It's one of those albums one might spin while drinking a late-night bottle of wine with someone special. Those who want something akin to an after-hours reprise of a Remy Shand album may want to put a star on this.

I'm glad Lights On doesn't come off as being grandiose or self-indulgent. I like that it plays as one fluid motion of soul music as opposed to force-fitting every genre under the sun. Vocally, Belasco is content making love under the pale moonlight on a bed of rose petals, but he has very little in the way of moves to show off. His feathery falsetto mimics the relaxed tone of Thicke, Benét or even Prince. Unlike those three falsetto virtuosos, though, Belasco's crooning rarely ventures past a whisper into his middle or lower register.

Lights On delivers and delivers first class. Something about Pete Belasco is so pure and unspoiled by the music industry. This album will automatically place you in a vacation state of mind. Make sure to add it to your playlists for summer road trips and lounging by the pool -- just not by yourself.