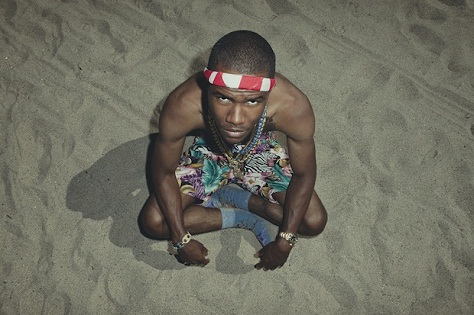 That was the first thought that popped into my head when the news first broke of the open letter that Frank Ocean posted to his Tumblr this week. I knew that, as SoulBounce's resident Frank Ocean evangelist, I'd have to add more to that thought, flesh it out in some way or form. And while I know there will be some observations that capture these sentiments Frank's revelation has stirred much better (Hi, dream), it seemed the best thing to say in this situation. To share something so personal and private with the world was a move that would take guts for anyone, especially someone immersed in a culture where being anything other than straight could mean being ostracized -- or worse. But for Frank, who is on the brink of releasing his major label debut to the masses, it's an exceptionally bold move, one that he definitely didn't have to take. When speculation first broke on Monday that Frank's lyrics on Channel Orange conveyed his feelings for the same sex, it would've been all too easy for him to deny it. Only one blogger, it seemed, had taken away that impression. It would've been easy to chalk it up to interpretation and leave it at that. Instead, he responded with perhaps the most poignant and poetic letter I've ever read which discussed his most important love -- a love who happened to be a man.
Center

As a black gay man myself, and one who hasn't always been open and honest with himself, and others, about his sexuality, Frank's letter was a "Killing Me Softly" moment for me. Not only do I identify with him, but there were so many pieces of my own life that I saw and that I felt whole-heartedly captured coming to terms with feelings that aren't accepted in the culture we currently live in. Thankfully, his letter has been met with an overwhelming amount of support rather than the scorn and backlash I'd braced myself to read throughout the Web. Celebs and common folk alike have extended their support via Twitter and Facebook and the media coverage of the letter has raised his public profile tenfold. Even Busta Rhymes, who's been known for his past homophobic stance, told MTV News, "I respect the dude completely."

Everyone will be talking about what Frank's admission will mean for various communities (R&B, Hip Hop, African-American and so on and so forth) as well as what it will mean for his record sales. They'll also parse through his material looking for hints and clues that Frankie O. could've dropped that alluded to Wednesday's revelation. But I think the most important part of all this might be overlooked. "My hope is that the babies born these days will inherit less of the bullsh-t than we did," Frank wrote in a statement before posting the letter. By "coming out" -- and I put the term in quotes because I feel it presumes a lot, but I digress -- and dropping the secrecy (and implied shame) around his sexuality, he's showing so many who may struggle right now or in the future that it's okay to simply be who you are. There is also the greater conversation that Frank contributed to. With all the talk that has swirled in recent months concerning blacks and gay marriage, Frank's courage in "coming out" has helped, in its own way, bring the conversation around sexuality just a bit closer to being more positive and affirming for future generations.

And for that, Frank, I say bravo. 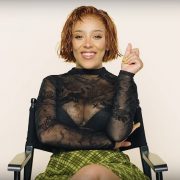 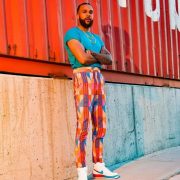