Dawn Richard Has Some ‘Pretty Wicked Things’ On Her Mind 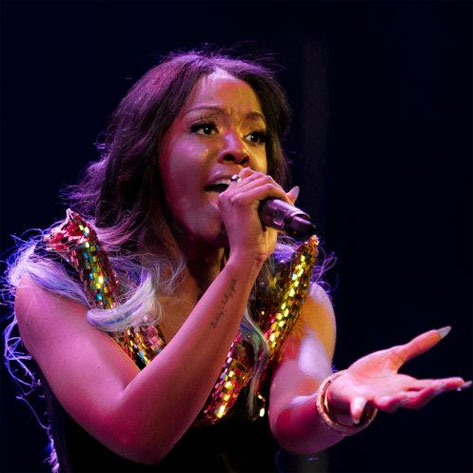 Dawn Richard is making it happen in 2012. With Danity Kane and Diddy-Dirty Money behind her, she is forging ahead on the solo tip and has announced that her full-length debut will drop on October 16th. Entitled Goldenheart, the album will be the first in a trilogy and follows her super-successful Armor On EP that she released earlier in the year. The first sample of what fans can expect to hear on Goldenheart is the song "Pretty Wicked Things." The track starts off with Dawn singing over a downtempo groove before kicking it up a few notches with some palatable electronic elements on the chorus. It follows the trend of R&B artists playing in the EDM sandbox, but it's not a bad song although I would have liked to have heard more of Dawn's amazing vocals as opposed to computerized blips and beeps. Nonetheless give "Pretty Wicked Things" a spin and listen out for more from Dawn in the coming months. [Photo: Keith Estep]


TAGS:  audio, danity kane, Dawn Richard, diddy-dirty money
Previous: Pearl Give Us ‘More Than’ We Expected Next: Mario Has What You Need To Make A Full ‘Recovery’