I/O Comes Out Of ‘Isolation’ 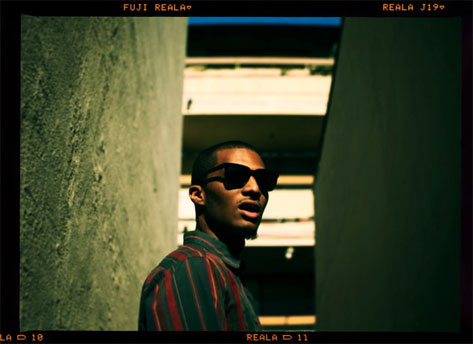 Hotter than July isn't just the name of a classic Stevie Wonder album, but those words could also be used to describe all of the music that has been released this month. And July 2012 ends on a warm note courtesy of I/O who released his new mixtape, Isolation, this afternoon. This is the second project from the singer/songwriter/producer/multi-instrumentallist born Ayo Olatunji and grandson to GRAMMY Award-Winning Nigerian drummer Babatunde Olatunji, but the first to get a major push with Isolation being a featured freebie on DJBooth and I/O garnering a lot of blog love. His voice is light and airy like cotton candy throughout the mixtape and the music is hard to put in a box, but if pressed I'd call it "new soul wave" -- with soulful and electronic elements joined together in a happy marriage. The singles are "Strangers" and "I'd Be Lying," but I'm pretty partial to "Piece Of Mind," which makes me want to pull my hair up into a side-ponytail and break out into The Carlton. Give "Piece Of Mind" a spin below then bounce on over to DJBooth to cop Isolation in its entirety.