Noisettes May Have A ‘Winner’ On Their Hands

Noisettes have hit us with a one-two punch this week with two new pieces of music from their upcoming album, Contact. Yesterday they debuted both the official first single from the record with the '60's throwback "That Girl," and the music video for another song from the LP entitled "Winner" surfaced on YouTube as well. According to the now duo, "Winner" was supposed to have been the first single, but they instead decided to give it away for free as a gift to fans as well as to show support for England's Olympic team with the London 2012 Olympics getting ready to start on July 27th. Thankfully "Winner" has a more modern sound than "That Girl" with Shingai Shoniwa, who is looking rather lovely in the video as she plays for life or death in a serous card game, singing over a driving guitar-laden track. Get into the sporting spirit and watch "Winner" below then visit Noisettes' Facebook fan page for the free download. 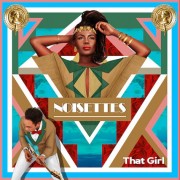 Noisettes Return With ‘That Girl’

Bobbie Gordon Is Dealing With ‘Matters Of The Heart’

Has Tawiah Found The ‘Secrets Of The Pop Song’?

‘Every Now And Then’ The Noisettes Capture Something Beautiful 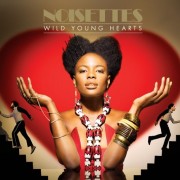