Will You Keep Your ‘Distance’ From Kelis? 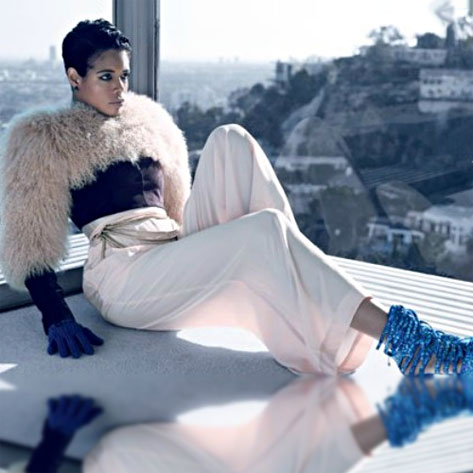 No, the title of this post isn't a question for Nas, but instead it's a play on the title of Kelis' latest, which premiered recently on UK radio station Reprezent Radio. The "Voice of Young London" debuted "Distance" last week, a new track that has a sound unlike anything we've heard from Kelis before. After dibbling and dabbling in EDM and techno with her last album, it seems as if she's flipping the script yet again and taking a dip in the pools of UK garage now with the help of producer Skream. This isn't a return to the Kelis of old, but it's a welcome departure from the severe left that she took on Fleshtone. I disliked everything I heard from that album with a fiery passion, but I must say that I don't hate this. As a matter of fact, with word that the next Kelis project is being inspired by '90's sounds, dare I say that I will be giving the album a chance and consider taking her off of punishment at that time. Til then, take a listen to this radio rip of "Distance" and let us know what you think.


TAGS:  audio, kelis, Skream
Previous: There Are So Many ‘Reasons’ To Love This The Decoders & Love-Logiq EWF Remake Next: Cincinnati Bouncers: Win Tickets To See Nicolay With The Hot At Nights In Concert!