Anthony Brown Invites You To Partake In Some ‘Group Therapy’ 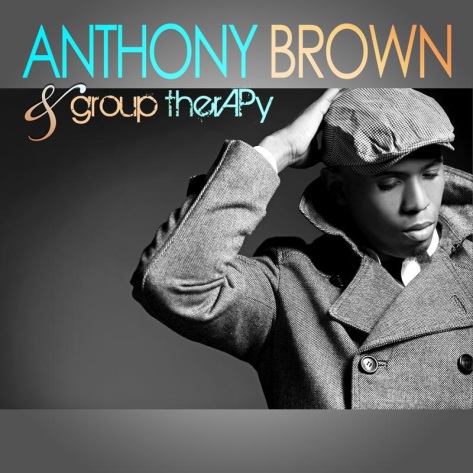 Tyscot Records newcomers Anthony Brown & Group Therapy are here to help you sweep through the rest of the week with a dramatic Broadway-styled, jazz-infused gospel gem entitled "Group Therapy." Sharing the title with the group and opening their debut album, this song serves as a blissful taste of musical gumbo seasoned with turmoil and testimony. "I've tried it all. I've done it all. Now I need a real encounter, a real touch from you," Anthony sings, leading the pack into an a cappella break reminiscent of Howard University's famous vocal ensemble Afro-Blue. Presenting what he calls his dream album, Anthony Brown is stepping out strong with his freshman project, boasting high-profile gospel guest features from Stellar Award-winning vocalists Maurette Brown Clark and VaShawn Mitchell. Known best for penning Maurette's 2007 award winning hit "It Ain't Over," Anthony's new project showcases his impressive songwriting skill as well as his rich and captivating tenor vocals. The self-titled debut album from Anthony Brown & Group Therapy is now available via iTunes, Amazon and even Spotify.
Center