Crown, Formerly Of The Boys, Invites You To Make Yourself ‘Comfortable’ 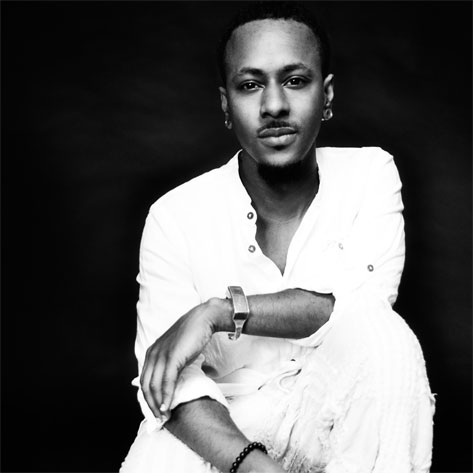 The name Crown might not sound familiar to your ears but rewind about 24 years ago and if you were an R&B fan (and especially a pre-teen or teenage girl) back then you more than likely have already heard his voice. You see, Crown is the stage name of Tajh Abdulsamad, who along with his three brothers, Khiry, Hakim and Bilal, comprised the group The Boys whose squeaky clean, age-approporiate lyrics catapulted them to #1 status on the pop and R&B charts with songs like "Dial My Heart" and "Lucky Charm." The Boys only recorded three albums between 1988 and 1992 on Motown before they left the label and a few years later moved to Gambia, set up a recording studio there, renamed themselves The Suns of Light and continued to make music. Fast forward to 2012 and Tajh/Crown now calls Atlanta home and has a few solo projects underneath his belt, including the recent release Crown Deluxe Vol. 1: Love Notes. I have yet to dive into it in its entirety but that's only because I have one song on repeat: the bedroom-ready slow jam "Comfortable." If there was ever any question, Crown is all grown up and proves it on the seductive groove co-produced by DJ Shyheim. "Comfortable" finds Crown setting the scene for romance and a good old romp between the sheets by making sure his partner is, well, comfortable. How sweet and thoughtful of him. Listening to this joint might have you wanting to put the hump into Hump Day -- or maybe that's just me.


TAGS:  audio, Crown, DJ Shyheim, Tajh Abdulsamad, the boys, The Suns of Light
Previous: Keyshia Cole Has Had ‘Enough Of No Love,’ And It Shows Next: Morning Soul: I Know You Know I’m Fly