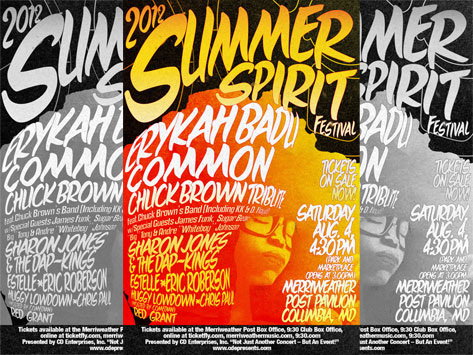 Washington, DC-area Bouncers, you have until Saturday afternoon to make a decision if you haven't already made plans to attend the last major soul music festival of the DMV summer season. The 2012 Summer Spirit Festival returns to the Merriweather Post Pavilion in Columbia, MD for the sixth time, and if you love soul music as much as we do here at SoulBounce then you'll want to be in the house (or on the lawn). With a lineup that includes Eric Roberson, Estelle, Sharon Jones and the Dap-Kings, Common and Erykah Badu, you'd be hard pressed to find a more talented roster with a little something for everyone. In addition to the aforementioned performers, there'll be an all-star Chuck Brown tribute to pay homage to the Godfather of Go-Go who passed earlier this year but was scheduled to perform at this year's Summer Spirit Festival as he had in year's past and set it off each and every time. Chuck won't be there in body, but he will definitely be there in spirit. Who does need to be there is you, and if you don't have tickets, don't despair because good seats are still available in the pavilion and you can never go wrong with the party on the lawn. Get your tickets before they're all gone from Ticketfly.
Center 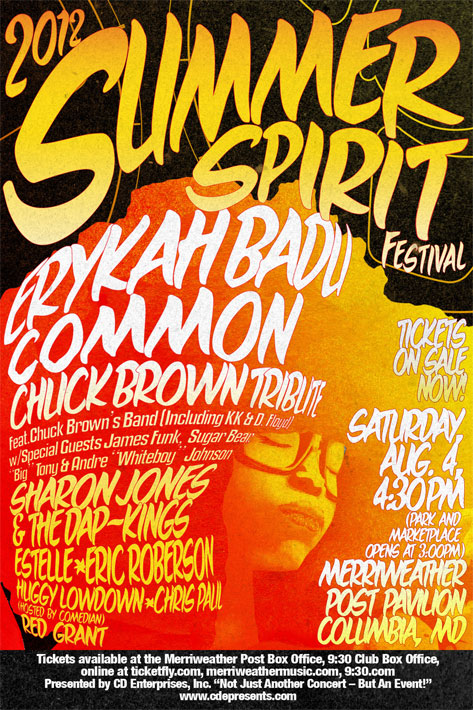