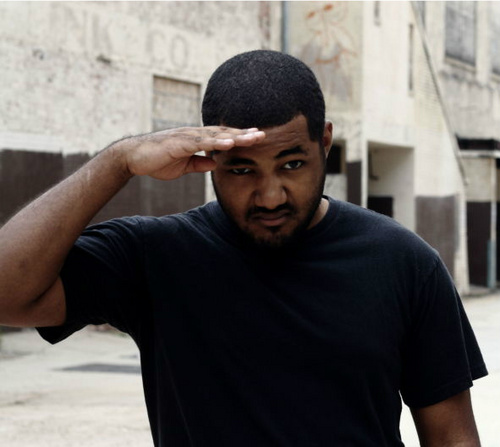 My trap rap star aspirations never really took off so this is purely speculation but, it must be hard for an emcee to pick a stage name. It should be clever, memorable and most importantly, relevant. Big Pun was big, Lil' Bow Wow was little and Tity Boi was stupid. So when I first heard of the emcee Lyriciss (say it like you have a lisp), I naturally thought "he better have lyrics." Well, much like most hip-hop, his music does happen to have lyrics, but fortunately those lyrics also happen to be pretty good. After releasing
the EPs Respect and Money, the PG County, Maryland-based emcee offers the third installent of his The Balance series with Heart. While singles from the four-track project include the Mary J. Blige sampling "My Life" and the regal hornlaced battle track "Handle My Biz," I'd have to say that my personal favorite is the B-side track "Calling For You." This Grussle-produced cut, which features help from Chill Moody and K-Beta, has the three exchanging bars about their dedication to their craft.
Is Lyriciss the next rapper to blow from the DMV? Time will tell, but we definitely aren't the only ones checking for this kid. Stream "My Life" and "Calling For You" below before downloading the full project.
Stay tuned for the final installment of the series, Power, to be released soon along with his 2013 debut album, The Balance.
Center


TAGS:  audio, Chill Moody, K-Beta, lyriciss, mary j. blige
Previous: Morning Soul: Now Is The Time For You To Strive Next: Applejac & Kenny Wesley Will Have You Saying ‘Oh Yeah’