Mariah’s ‘Triumphant’ Is Something We Just Don’t ‘Get’ 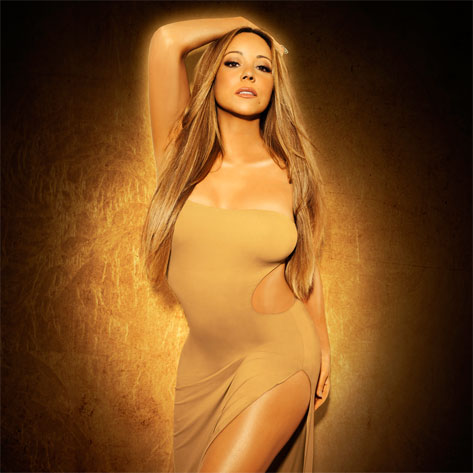 Remember when the lead single from a new Mariah Carey album promised not only a work of brilliant pop songcraft, but a guaranteed number one single? I do. That
"time" was the entire decade of the '90s.

Unfortunately, those days are behind us now. Carey -- seemingly shaken in her instincts by an overblown early-millennium dry spell and the embarrassing (if inexplicable) momentum-breaking underperformance of the single-packed E=MC2 -- now launches each new album with a cravenly trend-chasing slice of hip-pop unworthy of her talents.

Just so we're clear, unlike many others (including some here
at SBHQ), I'm not mad that Mariah, 42 with a husband and two kids, is still
making music for kids half her age. In fact, she holds a special place in my
heart for holding true to her love of the genre when, at the lowest point of
her career, every critic from here to Biloxi swore the key to her comeback was
a return to "Hero"-style balladry. (I mean, the Recording Academy really does need to rechristen the GRAMMY category the "Mariah Carey Award for Best Rap/Sung Collaboration" for all she's
done.) I don't need her singing an album full of "age-appropriate" soul music -- though stunners like "Circles," "Fly Like A Bird" and When Christmas Comes"
make a strong argument to the contrary. What saddens me is that for all of her
career, to make a Mariah record happen, you needed...Mariah. Not just her staggering vocal range (the underrated but
stellar lows being an ample foil to her dizzying highs), but also her prowess as a
producer (especially in vocal arrangement) and her endearingly loopy personality
(silly though it was, "Touch My Body" was indisputably Mariah in its sense of humor).

But "Triumphant (Get 'Em)," could be anyone's record -- assuming anyone would want it. She's reduced to an Ashanti-style hook girl on her own single (a comparison I never
thought I'd have to make), given less on her own track than any of her
turns as a guest vocalist and only stepping in to buffer lackluster rap verses
from rappers Rick Ross
and Meek Mill. (And seriously, how
bad does a song have to be to make Rick Ross sound underwhelming in 2012?)

And while she's in good voice on the song, the Bryan-Michael Cox and Jermaine Dupri-produced track itself is
a sad rehash of Carey and Dupri's past collaboration with Bone Thugs-N-Harmony, "Lil' Love" -- which already sounded a little dated in 2008. The
fact is, after a PR blitz announcing
this single and her new role as a judge on American Idol, expectations ran high. Unfortunately, this
song is only remarkable for the sheer number of disappointments it manages to
cram into one four-minute exercise. All we can do is hope this will turn out,
like "Obsessed" (from Memoirs of an Imperfect Angel), to be a horrendous anomaly in what's actually a pretty
serviceable album.

Mariah is an institution. Sadly, one of the few we have
left. And as she steps into her new role as judge on American Idol, she needs to be mindful of the huge shoes she's
filling. No, not those of previous judge Jennifer
Lopez (an insulting circumstance in itself), but rather the legend
of the untouchable "Mariah Carey," with tales of whom the show's young upstarts have
been regaled and terrified for a decade. It's a hallowed position she's
worked incredibly hard (and savvily) for. And as she prepares to inevitably use
AI as a vehicle to promote her own new material, it's crucial
that that awe remains intact. I think those of us old enough to recognize what
she's given to music would hate nothing more than to see her reduced to a mere
mortal in the eyes of next year's kids.

After the showbiz year we've had, the last reminder we need is of the mortality of our icons.