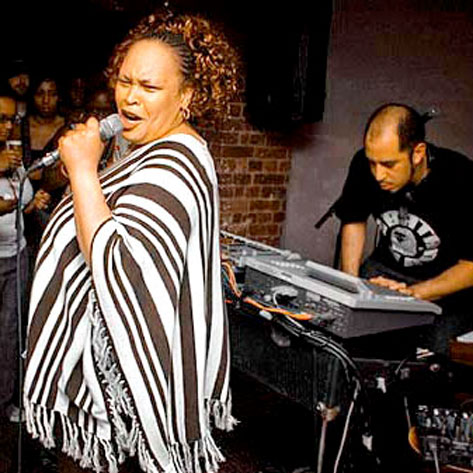 Mark de Clive-Lowe is a beloved fixture in the SoulBounce lexicon. He was our Producer of the Year in 2011 after all. Thanks to his ability to spread himself around, there aren't any complications in getting into his collaboration with the talented Lady Alma. Usually we're used to MdCL reworking tracks a distance from the artist, but he was working right alongside Lady Alma on the breezy n' bouncing track, "Running For Nothing." The track was originally recorded in 2009 and has only been heard by way of remixes. Now the original master of "Running For Nothing" sees the light of day, and it's still just as punchy as the remixes that flowed from it. The reemergence of this seems highly coincidental as MdCl and Lady Alma will be sharing the stage for a special show in NYC on the 3rd of this month with fellow artistes Nia Andrews and DJ Carlos Mena. If you can't catch the show, don't let "Running For Nothing" slip out of your listening grasp. Push play and submerge into its originality. [H/T: BLS]