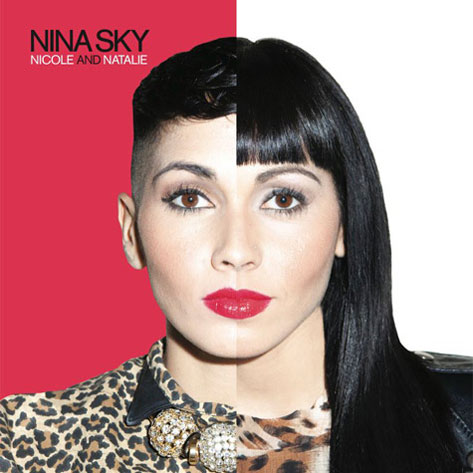 After multiple false starts and label shake-ups, Nina Sky have worked out all the kinks to release Nicole and Natalie, their first album in almost eight years. If you're drawing a blank on these two, take your mind back to 2004 when they released their surprise smash single "Move Ya Body." Time between then and now had twins Nicole and Natalie Albino taking some interesting avenues, and in some instances showing their eclectic style. Their 2010 EP, The Other Side with producer MeLo-X, showed them taking on a healthy dose of electronic space funk. Yet on Nicole and Natalie they adhere to what producers Salaam Remi, Slimmy Neutron and Brenmar have laid out for them and the result is a shot of pulsating dance-pop and R&B meant to highlight the twins' personalities. Energetic it all is with hyperactive songs including the previously released club-ready "Heartbeat" and percussive workout "Day Dreaming." Still I say the album's best moment is the Remi-assisted "Never Kissed You" with its dodgy rhythms and cheeky vocal delivery that clearly hints at something new for them in the future. Those who like to be shaken and not stirred will comply to what is present on Nicole and Natalie, and you can get it all for the low-price of free on their website. [H/T: RU]
Center