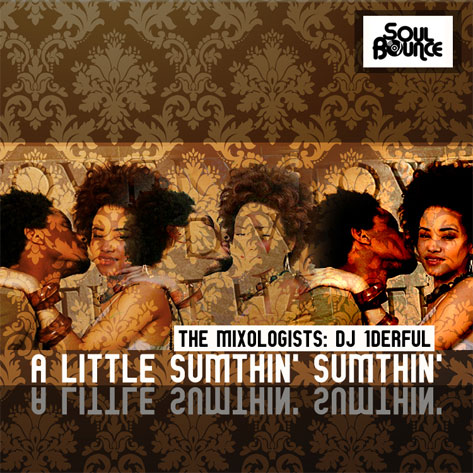 At the turn of the century, urban music had itself taken a turn that began in the mid-'90s with the creation of the term "neo-soul" to label a type of soul that wasn't exactly new but didn't sound like anything on the radio at the time. Whether you love or hate the term, one thing is for sure, here at SoulBounce we are truly, madly, deeply in love with the music from that era and all of the artists who contributed to the genre, many of which are now tried and true favorites. Someone else who loves it as much as we do is DJ 1derful who returns to SoulBounce with his latest Mixologists contribution, A Little Sumthin' Sumthin'. The chill musical vibes on this mix are provided by artists such as Jill Scott, Erykah Badu, Amel Larrieux, Les Nubians, D'Angelo, Maxwell and many, many more mixed to perfection by 1derful. Press play and let A Little Sumthin' Sumthin' get you in the zone.