You ‘Should Let’ This Meelah Song Play (Despite Stevie J.) 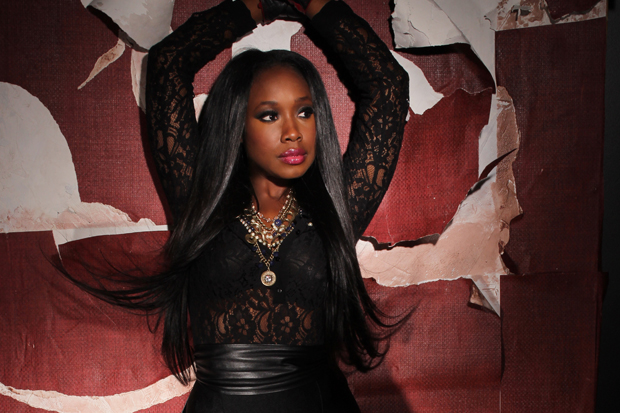 As one of the small handful of people that is not watching VH1's shining example of how NOT to live your life, Love & Hip-Hop: Atlanta, my primary point of reference when it comes to Stevie J. is simply as a music producer. Of course, thanks to social networking, it's kinda hard to avoid all the ratchet "Steebie" apparently manages to whip up on a weekly basis. So in the midst of his latest claim to fame, it's sometimes easy to forget that during his heyday, he was actually the man behind such classics as Notorious B.I.G's "Mo' Money, Mo' Problems" and P. Diddy's subsequent tribute to the fallen rapper, "I'll Be Missing You." He's stepping into the studio once again to remind folks that he's actually good at something other than sexing women and blatantly disrespecting the females in his life. He links up with former 702 member Meelah for her new single, "I Should Let You Go." Even though I was already fixing my mouth to say "Hated it!" before even pressing play, it's hard to deny that it's actually pretty good. Mellow from the onset, it instantly reminded me of the '90s, but manages to not sound dated. Meelah sounds just as good as ever, as she ponders telling a wayward lover to hit the road. My one gripe about the song is that it sounds like her voice has been tweaked ever so slightly with Auto-Tune. Even with such an unnecessary edit, it's still not enough to write this song off. It just makes me hope that during his downtime now that the show's first season is over, he'll spend it making more joints like this happen instead of embarrassing the hell out of himself.
Center


TAGS:  702, audio, Meelah, notorious b.i.g., P. Diddy, Stevie J
Previous: Delilah Comes ‘From The Roots Up’ Next: ‘Dance And Clap’ Your Worries Away With Miguel Migs