‘Get Free’ From This ‘ColeWorld’ With J. Cole & Major Lazer 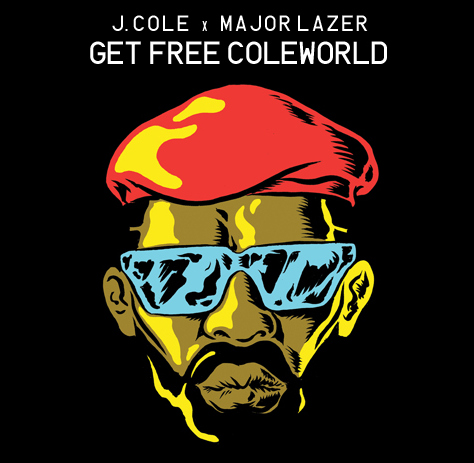 On September 27th of last year, North Carolina emcee/producer J. Cole dropped his highly-anticipated debut Cole World: The Sideline Story. The album pleased fans while attracting new listeners in the process, but since then he's been relatively quiet with the exception of a few new tracks here and there. Well in celebration of the anniversary of his debut release, Cole delivers his take on Major Lazer's mid-tempo dancehall groove with "Get Free ColeWorld." Cole touches on the pressures of interracial dating and the political landscape in a style reminiscent of several refixes from his Friday Night Lights project as it's true to the original with some vicious bars attached. The icing on the cake would have to be a Tupac Shakur sound bite that seems more relevant than ever given the current state of hip-hop and situations plaguing communities across the country. And no people, this does not mean that he's still alive so please let that fantasy go. Stream the track below, and let's hope that this is the first of many quality tracks coming to hold us over until the next project.


TAGS:  audio, j cole, major lazer
Previous: Have You ‘Ever’ Seen Mylah Like This? Next: Say Hello To Muhsinah’s ‘Goodbye’