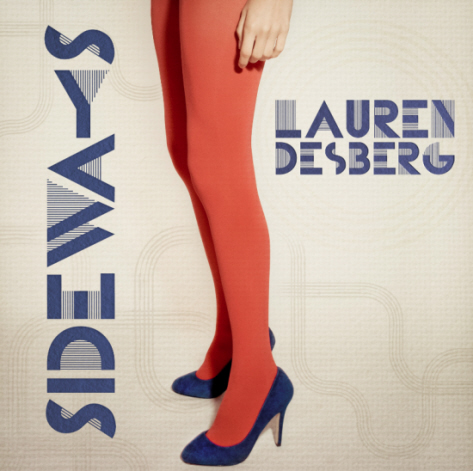 The name Lauren Desberg provoked a head scratch, but after taking in her Sideways EP, we are strangers no more. The Berklee School of Music alum flexes her jazz know-how as the Sideways tracklist plays like a who's who of jazz's greatest instrumentalists and standards, with Desberg schooling us and smooth operating over some mighty big classics. What really got the eyebrow raised was her take on Grover Washington Jr.'s classic, "Mister Magic." Even though Desberg cuts out the mid-'70's groove of the original, with her Snuggle soft vocals she follows Amy Winehouse's lyrical blueprint of the track and puts such a warm spin on it that it's hard to brush off its lush rapture. Herbie Hancock's "Come Running To Me" and Rodgers & Hart's "Spring Is Here" are also re-fashioned and present on this chic affair. Desberg doesn't share this space alone, as along with her band, she also is joined by singer and Sideways producer Gretchen Parlato on "You Go To My Head" and the two just vocally waltz all over it. It is evident from first note that Desburg is for those who like their jazz straight-up with no chasers but all class act. So take five and hop over to Desburg's Bandcamp page to name your price for Sideways. With one listen, you'll be glad you walked in her direction. [H/T: KN]