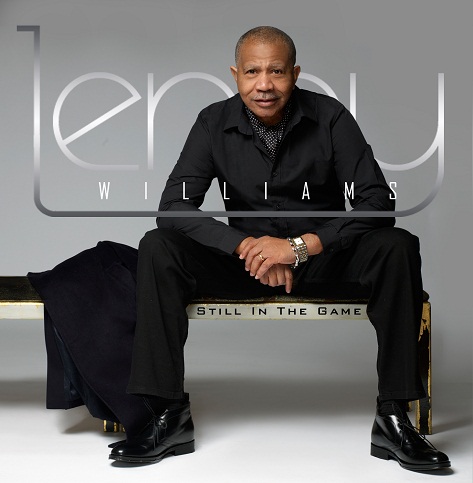 While most of his contemporaries have either faded from the spotlight or have simply moved on, R&B legend Lenny Williams has soldiered on for 38 years while still maintaining his musical relevance. This is evidenced by his 20th (!) album, Still in the Game. On it, Lenny sticks to his wheelhouse, crafting R&B that reaches back to the sentiments of his '70's heyday yet still has a modern touch that makes it appealing to the younger generation. Toss in the other bluesy cuts that Lenny includes here, and you've got an album that is at once old school but still current enough to ensure that Lenny stays around as long as he wants.
Center

Though I abhor catchphrases like "grown folks music" and "grown and sexy," it's albums like Still in the Game that make you realize why they are necessary. The album automatically establishes itself with the grown-up groove of "Still." About a reformed player who's retiring his ways for the love of his life, it sets up a groove that's continued by "This Is for the One That Got Away." The song treads similar territory to Charlie Wilson's recent reinvention. However, Lenny doesn't come off like the creepy old man in the club. Instead, he seems like the guy sipping wine at the bar on a night out with his woman (or in this case, wishing he was with his woman).

"Where Did Our Love Go," "Sunshine" and "Happy Man" are throwbacks to his '70's soul stylings, each showcasing a voice that hasn't aged since his "'Cause I Love You" days. They also make the lesser "Stepping and Dancing" seem like a misstep, though it's perfectly serviceable on its own.

After the soulfulness of "Sunshine," we're treated to a surprising cover of Heather Headley's "In My Mind." Though singing it from a male perspective feels a bit odd and his vocals don't soar like Headley's, his take definitely adds an interesting layer.

The last portion of the album is a mixed bag in more ways than one. There is where he places his saucy, Clarence Carter-esque blues-flavored tracks "Grown Man" and "I'm Sorry, I Didn't Know It Was Your Mama." The former works, but the latter lacks the cheekiness to pull it off. Luckily, there are tracks like wedding anthem "On This Day" (which features Kirk Whalum), the Motown-ish "Good Girl" and bedroom groover "Make Love" to soften the thud of "Mama."

Lenny Williams may be in his late sixties these days, but he's not some old fuddy duddy trying to ride current trends. Instead, he's showing the world that R&B music can be grown and sexy without being corny and trite. And that's exactly why he's Still in the Game. 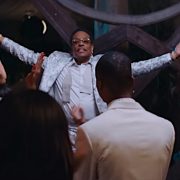