Mary J. Blige Does Something For The ‘People’ 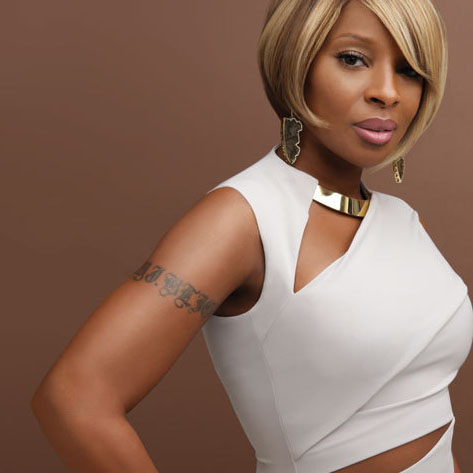 Mary J. Blige is
on an undeniable winning streak in 2012. We saw her perform at the iHeartRadio Music Festival
last weekend with a surprise guest appearance from Prince. We saw her on her nationwide
Liberation Tour featuring Melanie Fiona
and the return of D'Angelo.
We even saw her briefly as the voice of reason on the debut of WE tv's new
reality series Tamar & Vince. Now Blige is back with new music, teaming up with Jermaine Dupri to bring us her take on a classic
soul song "Everyday People." While honoring Sly and the Family Stone's original and maintaining the feel of Arrested Development's 1994 remake, she
revives the tune with her encouraging new lyrics and sweet soulful harmonies. Although
it's unclear if this song is from an upcoming project or just a one-off deal, we can only hope that she will continue
with this vibe. [H/T: G14]
Center