Missy Elliott & Timbaland Go For A ‘Triple’ In The ‘9th Inning’ 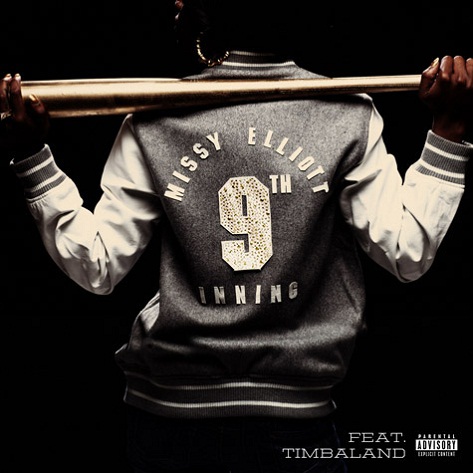 It's been seven long years since we've gotten an album from hip-hop dynamo Missy Elliott. Since then we've gotten a few singles from soundtracks, a sparse amount of leaks and occasionally a feature or two. Now, Missy has finally answered our cry and blessed us with not one, but two new singles. Even better, both are produced by and feature her partner-in-crime Timbaland! The two tracks, "9th Inning" and "Triple Threat," feature the two now-fortysomethings going harder than they have in more recent outings.
Center
After the bounce

After a bombastic horn sample, "9th Inning" kicks off with Missy spitting fire over a sparse, ominous beat and continues with a tag team assault by the two VA representatives, leading to a chorus where Timbo breaks down the duo's pedigree for those that don't know. "Triple Threat," on the other hand, is a party-starter that bumps along quite nicely while borrowing its chorus from the late Pimp C's verse on the Timbo-produced classic "Big Pimpin'." Still, even though I'm definitely satisfied with these two offerings, I can't help but feel that some of that initial quirky and frenetic Tim and Missy magic is missing here. The beats, while hard-hitting, could've been given to almost any other rapper out now and still bang just as hard. They both lack the fun of a "Beep Me 911" or "Work It." That being said, the songs are more than serviceable and are a great reintroduction to Missy for those who forgot. In other words, we'll take what we can get (and hope that more comes soon).