Ayah Releases Some ‘AyahLudes’ From Her Vault 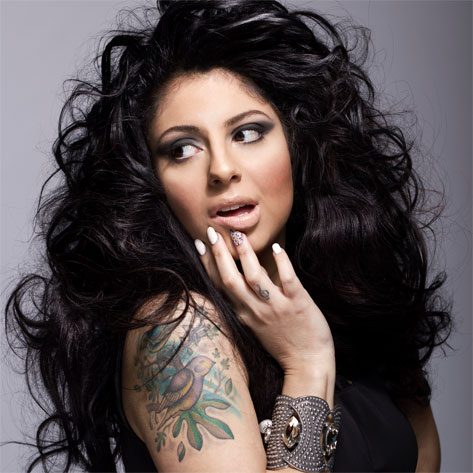 This past weekend I was trying to piece together a Halloween-ish costume to wear, and I happened upon some clothes tucked away in the back of one of my closets that I hadn't worn since college. In the early 1990s. Needless to say some of these pieces that I found were perfect for the look I was going for (a mash-up of Janet Jackson, Chaka Khan and Jody Watley -- think '80's Soul Train dancer), and I proudly rocked them outta the house and in public looking rather cute I might add. It's always great when you find things that you forgot you had and can bring them out of retirement. Apparently SoulBounce fam Ayah feels the same way because she went digging in her personal crates recently and found some music that she recorded a few years ago that was just collecting dust. The good news for us is that she's decided to share these new old tunes on the four-song project, AyahLudes: 2007. These tracks were cut with producer Amir Vee a full year before Ayah came to our attention and we dubbed her Bounce-Worthy way back in 2008, but the music sounds as fresh as ever. From the opening chords and harmonizing of "Live the Life" to the head nod-inducing "Out the Box," you'd never know that she had to blow some dust bunnies off of these joints. Ayah's soulful delivery is the common thread that connects these songs from her past with the promise of more new music in the next year, namely another solo album and a second collaborative project with DJ Jazzy Jeff and James Poyser. 2013 is already looking good for Ayah, but this journey back in time to 2007 isn't sounding too shabby either.


TAGS:  Amir Vee", audio, ayah, dj jazzy jeff, james poyser
Previous: We ‘Want’ Mela Machinko To Keep It Up Next: Morning Soul: You Think You Dope On A Rope? Nope!