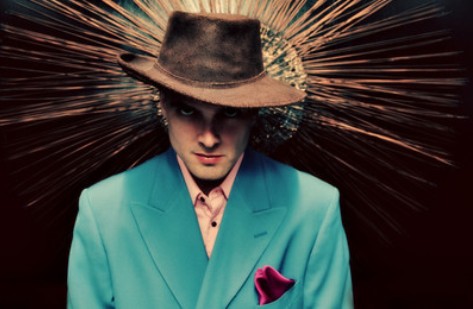 Induce, or The Wonderful Sound Of Induce! to share his full moniker, is somewhat of a jack-of-all-trades and, thankfully, a master of several. Billing himself as a producer, beat-maker, singer, rapper and DJ, he first gained attention as the latter, famed for his mix of '80's-inspired boogie, funk, pop and R&B. He has several releases under his belt, but it's his latest album, Halfway Between Me And You, which should get him a lot more recognition. Sounding like a mixture of Prince, Sam Sparro, a little Bobby Caldwell and a whole host of '80's electro-pop bands, Induce's music has its sights firmly on the dance floor. Take one listen to the current single, "Pretty," and you will see exactly what we mean. He handles most of the production himself, but does hand the reigns over to Mr. Familiar (Solange, 50 Cent) for the Motown-inspired opener "Love Letter 2 U," and Jack Splash adds his magical touch to "Cover Girl" and the super-catchy "Livin' In The Future." If you are looking for an album to get the party started this autumn, then look no further than Halfway Between Me And You.