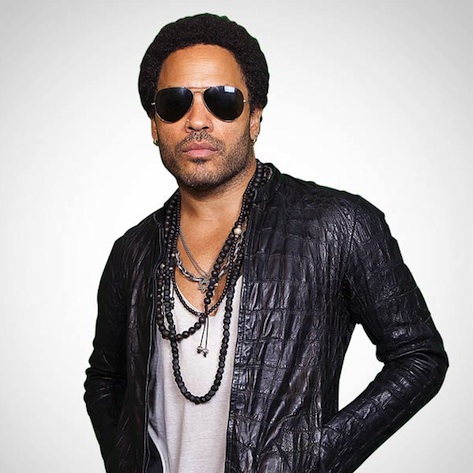 Lenny Kravitz tends to generate a lot of thirst here at SBHQ. I mean the man is a simply breathtaking specimen. But aside from his physical attributes he is an incredibly gifted musician and is steadily adding strong credits to his acting resume. Yeah, he's the total package. So with all that he has going for him I'm gonna overlook the fact that he's a New York Jets fan (no shade) and has recorded a song in honor of his beloved home team as part of the Pepsi NFL Anthems promotion. Lenny is one of a handful of music superstars, including Ice Cube, Kelly Clarkson, Aerosmith and more, who've been tapped by the beverage giant to create a song for their favorite football team. As a native New Yorker and lifelong Jets lover, it only made sense for Lenny to record "Like A Jet," a foot-stomping, rock n' rolling good time of an anthem for his team. Whether or not you're a Jets or football fan, you can't go wrong with some new Lenny in your life, especially when it's free for the downloading. While you're at it, satisfy your thirst for more newness and check out the other Pepsi NFL Anthems freebies.