Let The ‘Wind Blow’ With The Nextmen & Joe Dukie 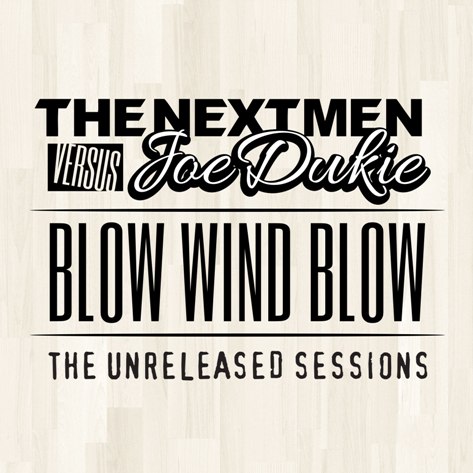 Dallas Tamaira -- better known as Fat Freddy's Drop frontman Joe Dukie -- possesses one of those voices I could listen to non-stop, all day, every day. His understated, smooth, supremely soulful voice just washes over you and demands that you sit back, relax and chill-out. While FFD are well known for taking their time between releases -- just two studio albums in 13 years -- Joe has leant his vocals to other projects, including a guest spot on Benny Tones' Chrysalis as well as a few singles with fellow FFD member DJ Fitchie. With FFD in the studio finalising their third album, due early next year, I was fully expecting to have to wait a few more months to hear something new from Joe, however today I stumbled across four new tracks that have been released as a collaboration with UK production duo The Nextmen. Recorded back in 2003, Blow Wind Blow was the result of a four-day studio session during FFD's first visit to the UK. The EP was due to be released on the London label Carbon Records, however the label folded and the masters were archived and all but forgotten about. Thankfully, while having a studio clearout, The Nextmen rediscovered the four tracks and decided to release them for free as Blow Wind Blow: The Unreleased Sessions. Staying true to the sound of Fat Freddy's Drop, the EP encompasses soul, dub and reggae flavors, with a some added electro flourishes courtesy of The Nextmen. Give the title track a spin below, then head over to The Nextmen's site to get a free download in exchange for a tweet/Facebook post.