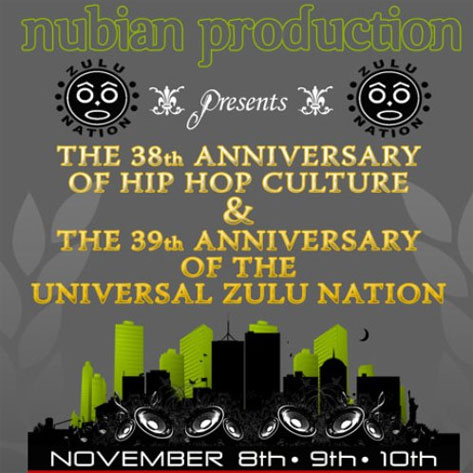 Hip hop has grown up right before our eyes, and the genre and culture have come a long way -- for better or worse. To celebrate the 38th anniversary of hip-hop culture and the 39th anniversary of the Zulu Nation, a three-day musical celebration will take place in New York City from Thursday, November 8th to Saturday, November 10th. Dividing its time between Irving Plaza and Gramercy Theatre, a number of hip-hop notables will be on hand to perform including Afrika Bambaataa, 9th Wonder, the Native Tongue DJs, Grand Wizard Theodore, Red Alert and Young Guru to name a few. Those artists and many more will not only be paying tribute to classic hip hop and its pioneers but also to James Brown, Sly and Family Stone, George Clinton and Bootsy Collins. This is an event that heads won't want to miss, and Move Forward Music has given us a pair of tickets to give away for each night of the celebration to three lucky NYC Bouncers. To enter to win, hit the bounce and fill out the entry form. Tickets are also on sale now via LiveNation.
Center 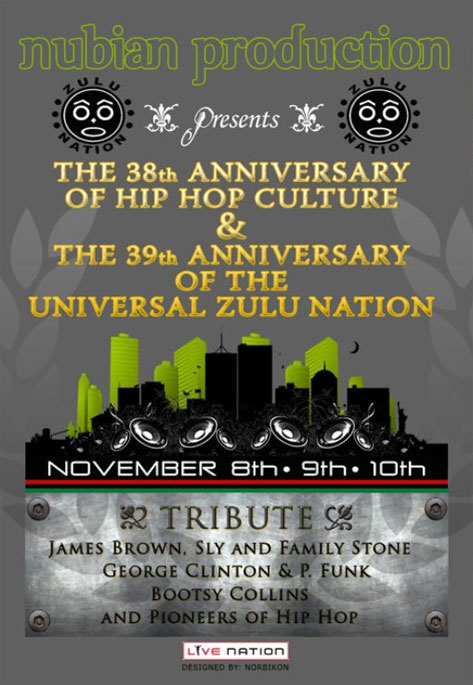 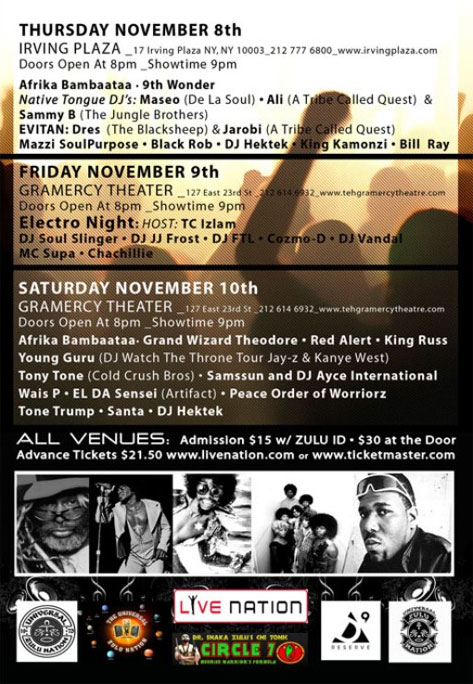