The ‘R&B Divas’ Sing Something For Their ‘Sisterfriend’ Whitney Houston 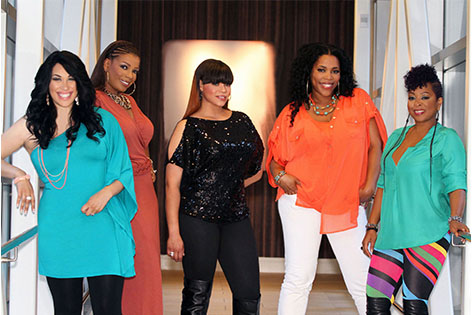 As the first season of TV One's new hit series R&B Divas begins to wind down, the cast of strong leading ladies has released an accompanying album to honor the
life and legacy of their dear friend Whitney Houston. "Sisterfriend," featured on the compilation album executive-produced by Faith Evans, plays as a pact and promise to continue to share the love and support that Houston was once known to share. Reminiscent of "Count On Me," Houston's 1996 duet with legendary gospel vocalist Cece Winans, "Sisterfriend" showcases the undeniable vocal ability of each cast
member and the impeccable songwriting skill of Gordon Chambers and Barry Eastmond. Catch a glimpse of the "Sisterfriend" recording session after the bounce and be sure to pick up the R&B Divas album, which is available now and features Evans, Keke Wyatt, Nicci Gilbert, Syleena Johnson, Monifah as well as special guests Fantasia and Kelly Price.