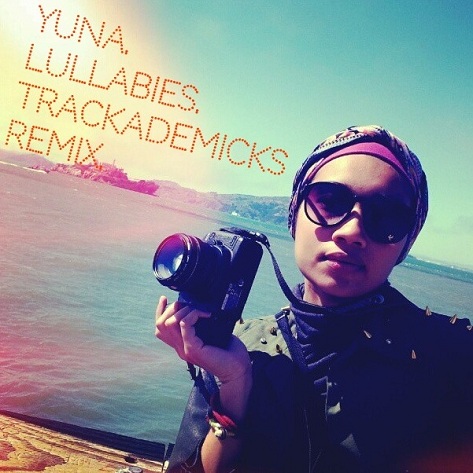 Yuna's self-titled (stateside) debut released earlier this year was well worth the critical praise it received. Full of quiet, introspective songs, it was a perfect representation of the singer-songwriter's soul and demeanor. While all that is true, though, some were just begging for a remix. That's where producer extraordinaire Trackademicks comes in. Known for his remixes of songs by J*DaVeY, Little Dragon and countless others, Trackademicks decided to put his spin on Yuna's "Lullabies." Whereas the original was all soaring strings, gentle piano and simple drums, he revamps it with haunting synths, a sticky bass groove and drums that knock like nobody's business. Upon first listen, it put me in the mind of DNA's remix of Suzanne Vega's "Tom's Diner," not just because of the similar driving bass, but also because of the way each takes such quiet, intimate tracks and reinvents them for an entirely new audience. If you're digging what Trackademicks has done with "Lullabies," then you'll be glad to know that you can download it for the low price of free right now. But first, take a listen to the track below.