We ‘Want’ Mela Machinko To Keep It Up 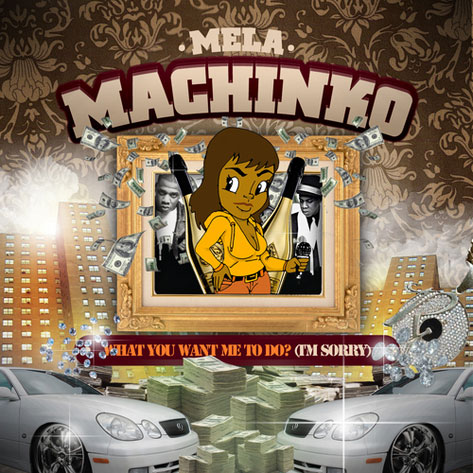 While Jay-Z has fans all over the world, nobody (and I mean, NOBODY) has more love for Jiggaman than his hometown borough of Brooklyn. So it comes as no surprise that an artist from that neck of the woods would want to pay homage to to the man and his music. However singer Mela Machinko is taking her love for Jay a step further on her upcoming project, Hov Said It Best. Not content to just pay homage the usual way, by either sampling or dedicating a song to him, Mela recorded an entire album for him based solely on his lyrics. She says that she was inspired to create the project after realizing how many of Jay's one-liners had worked themselves into her everyday lexicon. Borrowing from the lyrics, ad libs and concepts of his songs, Mela's self-declared labor of love was born. The first single from her album, "What You Want Me To Do (I'm Sorry)," is inspired by Jay's verse on Mya's "Best of Me" remix. Regardless if you're a Jigga fan or not, the catchy beat and Mela's sweet vocals combine to make this song a winner. Check out the song and keep your eyes peeled for more from this Brooklynite's ambitiously fun project.


TAGS:  audio, jay-z, mela machinko, mya
Previous: Seth Williams Sets Out To ‘Race The Sun’ Next: Ayah Releases Some ‘AyahLudes’ From Her Vault