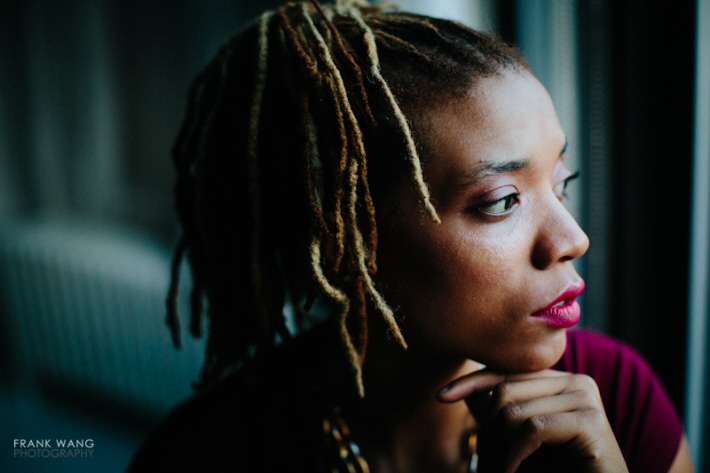 "Keep Austin weird" is the resounding motto of the capital of the Lone Star State, but there isn't anything weird about Austin-ite Kat Webb or her music. The case it totally the opposite, but don't box her in as Webb doesn't dabble in conformity. Webb has since transplanted herself to the East coast as she's honed her craft there working a stage or two and collaborating with local artists, even finding a wedge of time to release her debut album of jazz standards entitled, An Old Soul, back in 2011. Still, even though she's not deep in the heart of Texas, the Southern comfort aesthetic has not been scrubbed out of Webb's repertoire. It's pretty much front and center on her soon-to-be-released second album, A Better Picture, as she weaves some charm in with her unique stew of acoustic folk and soul-jazz. One listen to debut single, "Waver," and how Webb's rich n' syrupy vocals cascade over an acoustic backdrop, it is crystal clear that she has her heartstrings in her homestead. Acts like Dionne Farris and Des'ree come to mind when listening to Webb, making her a delicacy to indulge in as such earthy homespun soul sounds are quite scarce in this icy sparse soul-droid guise we've latched onto for the 21st century. So going into A Better Picture will have you lounging into its groove making breathing a little easier. As a fellow, South Texas girl myself, my bias is a little showing for Kat Webb and her Southern soul throwback, but if you take A Better Picture down stream when it's released on November 13th, you too will find yourself charmed. [Photo: Frank Wang]