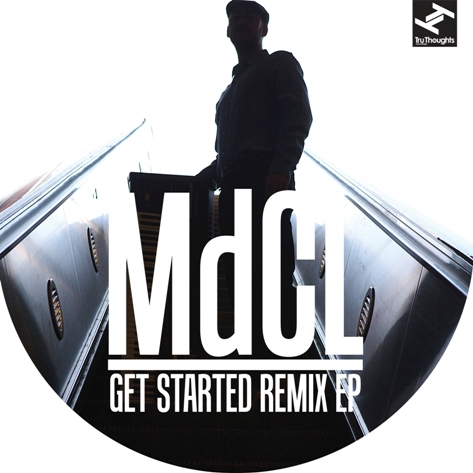 Mark de Clive-Lowe's Renegades LP was one of the finer releases of last year. With his finger firmly on the pulse of what's hot and what's not, Mark assembled an all-star cast of instrumentalists and vocalists to flesh out his first release on British indie label, Tru Thoughts. One of the album's standout cuts was the percussion-driven "Get Started" featuring SoulBounce fave Omar on vocals and the legendary Sheila E. Mark has described this track as comprising his "dream band" which is understandable given the fact that, in addition to Omar and Sheila E. we have Pino Palladino on bass, Lil' John Roberts on drums, Omar Phillips on additional percussion and, of course, MdCL tying it down on keys/synths. "Get Started" is the lead track off Mark's latest EP, and appears in its original form alongside remixes by Full Crate (screwed vocals and booming bass) and A-Sides (full on drum 'n' bass). Also included is the original version of personal favorite "Hooligan," featuring Mark's wife Nia Andrews on vocals, a remix of "Hooligan" from label-mate Nostalgia 77 and D-Felic's refix of "Everything" featuring Ovasoul. Quite the package we are sure you will agree. You can stream the entire EP after the bounce and grab a free download of the Full Crate remix here.
Center