‘If Only’ You Would Spend Some Time Listening To Darien Brockington 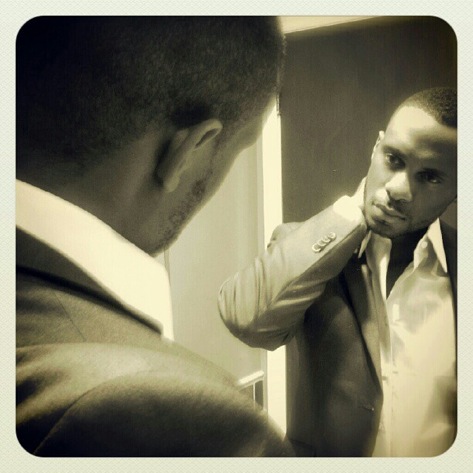 A couple weekends ago I was listening to The Foreign Exchange's hit album, Leave It All Behind, on repeat and lamenting how much I missed hearing Darien Brockington's voice, which was last heard on Authenticity before he decided to hang up his mic and focus on school. Fans were sad, but we really couldn't be mad that he put his career on hold to pursue his academic studies in college. D-Brock is still hitting those books and there's no word on if he'll be making a return to the recording booth or stage anytime soon, but to appease those of us who like myself miss his voice so, he's decided to release a song from his archives. The song in question is entitled "If Only," and it's produced by Sheldon Williams, who was so gracious to allow SoulBounce to world premiere this track in its entirety before tomorrow's official release date. Thankfully Darien and Sheldon decided to let "If Only" see the light of day because it's a song that needed to be heard and one that may even help a few fellas who are on the outs with their ladies as a way to say "I'm sorry." This tune definitely satisfies my appetite for some new D-Brock, even though it's just one song for now. Enjoy our exclusive world premiere of "If Only" below, and be sure pick it up starting on Tuesday, November 13th at Amazon, iTunes or your favorite digital retailer.
Center


TAGS:  audio, d-brock, darien brockington, Sheldon Williams, the foreign exchange
Previous: Azealia Banks Takes Us On A ‘Fierce’ Voyage To ‘Atlantis’ Next: SoulBounce’s Class Of 1992: Hi-Five ‘Keep It Goin’ On’