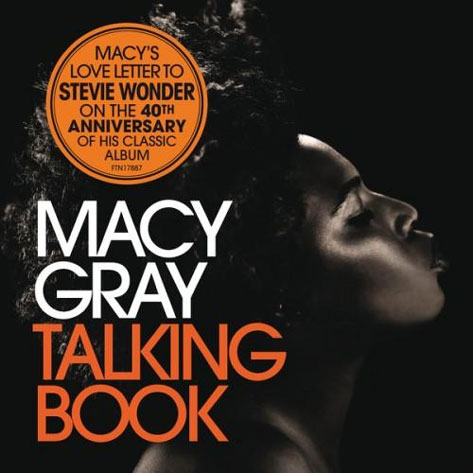 Macy Gray has always been a figure that perplexed me. Being from the Northeast Ohio area, my peers and I were always supportive of one of our own (she grew up in Canton, about 45 min. from my hometown, Youngstown) but we could never identify with her music. Her style seemed erratic, but there was no doubt she is uniquely talented. Macy's uniqueness was wholly embraced in the late-'90s and early-2000s. People loved and appreciated that she dressed, looked and sounded differently then in a way that is completely different now. Today, some people point to Nicki Minaj, Rihanna and Katy Perry as artists who are "unique" --but that's just because they dye their hair (or wigs) pink, green or Ronald McDonald red every once in a while or dress similarly to Japanese Barbie dolls.
Center

I got swept up like everyone else with 1999's "I Try" because you couldn't get away from it. At first you hated it, then you loved it, then you hated it again. Besides that GRAMMY-winning single, the only musical interaction I had with Macy is from her songs that seemed to play on repeat at Target. I have focused more on her strong showings in films like Training Day or (Tyler Perry's) For Colored Girls.

After two years away, Macy has released two albums this year: Covered, which features renditions of songs by The Eurythmics ("Here Comes The Rain Again"), Radiohead ("Creep") and Kanye West ("Love Lockdown"); and now Talking Book, which is a track-by-track remake of Stevie Wonder's classic album of the same name. To say that Macy had a lot of live up to is an understatement as the original work featured guest appearances and side work by Deniece Williams, Ray Parker Jr., Jeff Beck and jazz fusionist, David Sanborn.

On the opening track, "You Are The Sunshine of My Life," Macy keeps her sound and diction short and simple, which doesn't work for me. Macy's voice is not best suited, in my humble opinion, to portray happiness, sunshine and utopic love. My argument is similar to criticisms that Ella Fitzgerald faced when critics said her voice didn't have enough depth and was too bright to portray the darkness in songs like "Love For Sale," which was about a troubled prostitute. To make this song even remotely credible, Macy almost had to hide her raspy tone.

"Maybe Your Baby" is where the project takes a positive turn. The standout track puts the spotlight on the great guitar work and Macy's voice. The funky song nicely devolves into an enthused jam session of sorts. What some people don't realize about the original Talking Book is that it set Stevie Wonder up for a new audience in rock and roll. After its release in 1972, Stevie Wonder set out as the opening act for The Rolling Stones and proved that he could "rock" any audience. On this track, Macy adds a rock edge that makes her version distinctive.

One thing I can promise anyone is that when I get married, Stevie's "You and I (We Can Conquer the World)" will be the first song at the reception. It definitely holds a special place in my heart, so I braced for impact on my first listen of this version. The added pep and tempo helps to distance her version from the original, but the magic in the original was that you could feel Stevie actually singing this to the woman he wrote it for, his wife at the time, Syreeta Wright. This version just seems fabricated with no one on the receiving end of the powerful lyrics. Every cover of this particular track will not only be compared to the original, but also to O'Bryan's 1983 classic rendition.

"Tuesday Heartbreak," "You Got It Bad Girl" and "Superstition" are decent, but after a couple listens I found myself asking "Why not just listen to the original?"

One of the largest problems that Macy has to face with this ambitious undertaking is how to make the latter half of the album as engaging as the hit-heavy top half. This is where Macy can slightly avoid such heavy standards and comparisons. "Big Brother" and "Blame It on The Sun" stand out in this pack as worthy, modern covers.

At the end of the day, Macy Gray's Talking Book comes nowhere near the original material, but her effort is the type of thing that should happen more often. She paid tribute to an amazing album and man that were game changers in the beginning of the 1970s. As a jazz fan, I love songbook-based jazz. The idea of artists continually reinventing classic songs and albums and adding to the collective history of the genre is something that has been completely lost. I remember seeing Aretha Franklin on a commercial promoting some type of "Songs of the [insert decade]" collection stating that "imitation was the most sincere form of flattery" and how this applied to her 1968 cover of Dionne Warwick's "I Say A Little Prayer For You." Could you imagine if Mariah Carey commercially released a song in October, then Beyoncé commercially released the same song that next June and both divas being completely okay with it (this was the Dionne-Aretha timeline)? Give Macy Gray's Talking Book a listen and decide for yourself if she properly gives tribute to this landmark album on its 40th anniversary.


TAGS:  macy gray, stevie wonder
Previous: ‘You’ Will ‘Never’ Tire Of Ralf GUM’s Latest Album Next: Brandy Shows What Her ‘Dreams’ Are Made Of