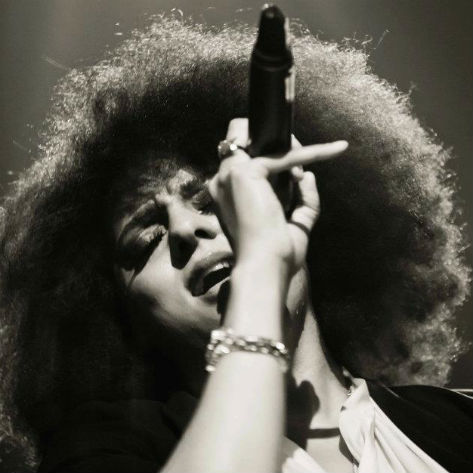 Marsha Ambrosius' Late Nights & Early Mornings was one of the best surprises of 2011. The songstress broke from her Floetry roots to carve a unique, flutter-voiced niche for herself in the contemporary R&B world. Fans like me have anxiously awaited her follow-up album, Friends &
Lovers
, which won't be released until some time in the new year. Until then, we have the icy track "Cold War" to hold us over. Instead of singing about the passion of love making, Marsha vents about some of the pain that's involved in a relationship where neither participant wants to admit to what is truly hurting them. Crafted by super producer Diplo and the Picard Brothers, I appreciate how the song associates the term Cold War, referring to long, overwrought tensions between military powers, with a relationship where the couple's inability to see eye to eye may lead to the relationship's demise. Marsha is one of the only R&B artists that I believe can bring some non-EDM R&B into the mainstream. We saw hints of this with her Top 40 radio hit "Far Away," and let's hope that Marsha's new venture is just as satisfying. [Photo: Michael Mathias]