‘Now’ Is Still A Good Time For The Legendary Dionne Warwick 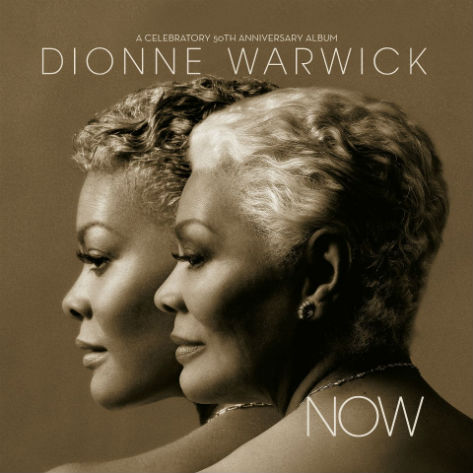 Dionne Warwick is at the stage of her career where she is being recognized, across the board, for her contribution to music. It seems she has been thrown back into the spotlight after famous cousin (not niece), Whitney Houston, passed in such tragic fashion. Recently, she was honored with the Living Legend award at Black Girls Rock! on BET and a lifetime achievement award at the MOBO (Music of Black Origin) Awards across the pond in the United Kingdom.
Center

I've never thought that Dionne has gotten proper respect for her contributions to the soul/R&B music community. I believe that's because people have never been able to pigeonhole her music to a specific genre. The best explanation comes from William Ruhlmann of Rovi when he describes how it is easier to define Dionne by what she isn't rather than what she is: "Although she grew up singing in church, she is not a gospel singer. Ella Fitzgerald and Sarah Vaughan are clear influences, but she is not a jazz singer. R&B is also part of her background, but she is not really a soul singer..." Her style has been mostly crafted from her early, legendary collaborations with Burt Bacharach and Hal David and their airy, sophisto-pop standards. Dionne was the first to record some of pop and R&B's most recognizable tunes, such as "A House Is Not A Home," "Walk On By" and "I Say A Little Prayer."

After 50 trailblazing years in the music business where she ranks second among female vocalists with the most Billboard single chart hits (56), selling over 100 million records and winning five GRAMMY awards (in multiple fields), Dionne has released Now: A Celebratory 50th Anniversary Album. This release features reworks of some of her most popular songs, four new pieces written by Bacharach and even a collaboration with her son, music producer, Damon Elliott.

The reason why the Bacharach/David/Warwick formula worked so well is that Burt and Hal knew how to write and arrange for Dionne's voice. In Dionne's prime, her voice was extremely loud and versatile. While it is expected that she will not be able to bring that same power to songs today, it becomes more important the she select songs and arrangements that work for her current range. The first track, "(There's) Always Something There To Remind Me" summons a lot of nostalgia and shows why Dionne's version has been the template for the dozens of acts that have since covered it. I do feel that the song is misplaced in that it draws too much attention to imperfections in her voice.
This collection works best when Dionne covers songs that utilize her lower register, like "Don't Make Me Over." Its inclusion on this selection demonstrates that Dionne's first single in 1962 is also her best. Its popularity was cemented when it was covered by Sybil in 1989. The standout selection, without a doubt, is "99 Miles From LA." The song bounces over Dionne's jazzy voice, basically doing the opposite of the first track by emphasizing all that is still wonderful about Dionne's aged pipes.

The quiet storm-ready "Is There Anybody Out There?" hearkens back to a time in the '80s when Dionne, then with Arista and under Clive Davis' guidance, had her voice wrapped around the urban adult contemporary format. This would have been the ideal time frame for Dionne to choose songs from. Tracks like the GRAMMY-winning "Déjà Vu," "Love Power" featuring Jeffrey Osborne and "Out of My Hands" would smoothly translate to today.

The biggest surprise comes from Dionne's reworking of "I Say A Little Prayer" that features her son. Their voices complement each other nicely, and the production adds new flavor to the classic.

My hope is that those in contemporary R&B will see an example in Ms. Dionne Warwick. How many R&B/pop artists making music today can you see still making music in 40 to 50 years? Every time we lose a legendary artist, we realize how much more we could have done to appreciate their legacy while they were alive. Dionne may not be a standard soul singer in the fashion of Gladys Knight or Aretha Franklin but her crossover success has laid the groundwork for many of today's singers who have the convenience of bouncing from genre to genre at will. I implore you to use this release as a springboard to check out Dionne's back-catalog and recognize her influence for over 50 years.