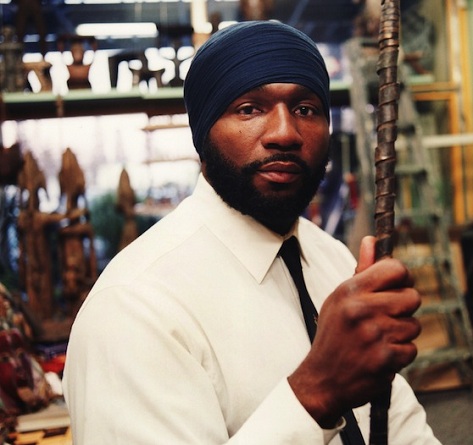 As we eagerly anticipate Shafiq Husayn's upcoming The LooP, we're left wondering what the artist/producer has been up to since 2009's En A-Freek-A. Having only received a few brief tastes of the new
project, including demo "Lights & Crystals," the long gestating project's future was starting to look bleak.
Though there's still little news, at least we know that Shafiq is working on something. Enlisting The Dove
Society
, the Los Angeles artist collective which he's a part of, Shafiq has released a remake of A-Freek-A track "Le
Star."
Eschewing some of the original's spacier sounds and effects (as well as the inviting French intro),
it still manages to maintain the heart of the track while introducing a jazzier aesthetic to the affair.
In fact, as the vocalists sing that things will work out fine, it might put you in the mind of The Robert
Glasper Experiment
's foray into R&B mainstream with Black Radio. The song also allows a few other voices
to shine. This time around, Jimetta Rose, J Mitchell, MPRVS Johnson, Brian Hargrove, Vicky Nyguen,
Sam Seven Davis and Kelsey Gonzalez all get to do their thing on the laid-back groove. All in all, it's a great
effort that should keep us during the (hopefully) short amount of time it takes to get The LooP into our
hands.