Take A Stroll Down ‘6th Avenue’ With India.Arie 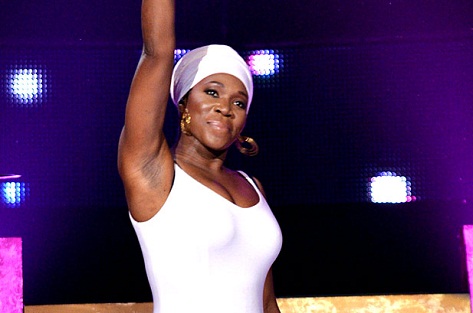 Late last month, I was at home in Brooklyn sitting on my couch going stir crazy as reports about Hurricane Sandy and the devastation it was causing poured in from television, the Internet and my nervous mother (who literally called me every half hour). Luckily, I was unscathed in the entire ordeal save for succumbing to the effects of cabin fever. Quite a few people in Sandy's path, however, didn't fare so well. Now, musicians are using their talents to help those left in need. India.Arie, always a beacon of a positivity, has also pitched in with her new single, "6th Avenue." Previously debuted during her performance at this year's Black Girls Rock!, "6th Avenue" is a sweet, folksy love song to New York and, more specifically, her favorite place to spend there. If you love India.Arie, then you'll definitely love this simple song that evokes the city's most famous places and the beauty that it possesses. The single is available now from iTunes, with proceeds benefiting Hurricane Sandy victims and cleanup. Take a listen below and then help India lend a hand to a worthwhile cause.
Center


TAGS:  audio, india.arie
Previous: ‘Ya Girl’ Lucille Ghatti Has Something For ‘You Boi’ Next: All You Need Is Some Holiday ‘Love’ From CeeLo & The Muppets