Whitney Houston Urges You To ‘Never Give Up’ 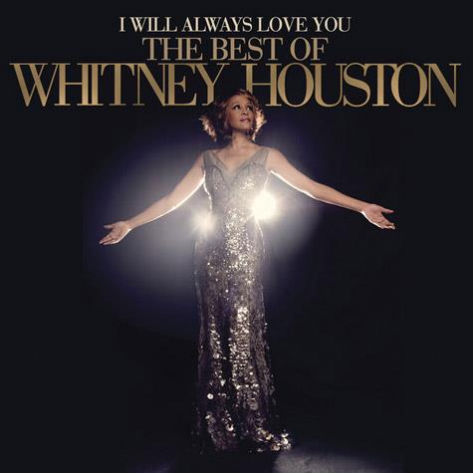 Our dearly departed diva Whitney Houston imparts some wisdom from the afterlife on the never-before-heard track "Never Give Up." This is one of two new songs featured on her greatest hits collection, I Will Always Love You: The Best of Whitney Houston, hitting stores on Tuesday, November 13th. We already heard Whitney being joined by R. Kelly on a reupholstered version of "I Look To You" in September, and now Jermaine Dupri lends an unnecessary voice to this posthumous cut produced in cahoots with Bryan-Michael Cox. For the first 32 seconds of the song we have to endure Dupri's repetitive talk-rap that is so out of place here and goes on for about 32 seconds too long. His entire intro could have been left on the studio floor and this song would have been fine -- albeit mediocre -- as is. This isn't Whitney at her best or even at her worst; it's middle-of-the-road album-filler fare that was easily left behind from whatever project it was initially recorded for. The only reason that I'm inclined to give this song a pass is because of the positive message and empowering lyrics, and it's one more lost-and-found vocal from The Voice, even if it doesn't sound quite the same. Listen after the bounce to determine for yourself if you'll be adding Whit's hits to your collection. If so, a special two-disc edition of I Will Always Love You: The Best of Whitney Houston went on sale last week on HSN, and the regular 19-track release is available for pre-order now on Amazon and iTunes.