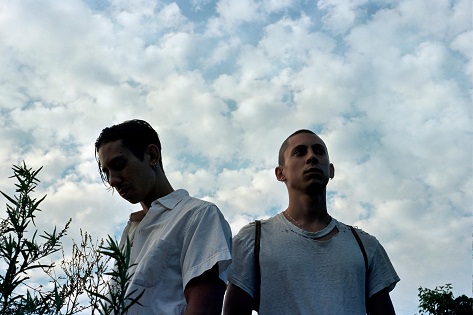 Don't you hate when you're caught sleeping? Imagine my surprise when I discovered musical duo inc. a day or two ago and then found out that they'd been releasing amazing R&B cuts like "The Place" and "Heart Crimes" as early as last year. Thankfully, the alarm has rung, and I'm fully awake to the sounds of the Aged brothers. Their sound, a mixture of the best of '90's quiet storm R&B, hard hitting drum loops and modern electronic music, would appeal to almost any R&B lover out there. The latest track to come from their direction, the lovingly melancholy "5 Days," is the second release from their upcoming debut album, no world. Utilizing a shimmering synthesizer line (which, oddly enough, puts me in the mind of the Reading Rainbow theme) and an impressive falsetto, "5 Days" isn't just a lament to undo the damage done to a relationship. It's also a glimpse of what can be done when a simple musical idea is realized in an infinitely beautiful way. If you happen to reside in Brooklyn, NY, Paris or London, then you'll have a chance to catch inc. this month as they preview their debut at three special shows. For the rest, no world will be released via 4AD records on February 19th. Until then, you can listen to "5 Days" below and catch the video for "The Place" after the bounce.