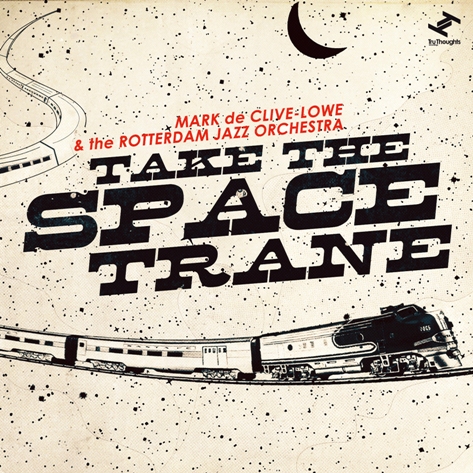 We all know that Mark de Clive-Lowe is no stranger to a bit of musical experimentation, having explored sounds from soul, jazz and house to broken-beat and dance, the multi-talented composer/producer/instrumentalist is, rightfully, one of the most respected artists in the game. After releasing the excellent Renegades back in 2011, Mark will return in 2013 with Take The Space Trane, an album which, on the surface at least, appears to be a bit of a departure from his previous releases. A collaboration with The Rotterdam Jazz Orchestra, the album sees MdCL rework some of his classic tracks in a big band style, alongside a handful of all-new compositions and a cover of the jazz standard, "Caravan." The direction and sound of the album is certainly a new one for Mark, however after listening to a few of the album's cuts it's clear that this is big band music with a familiar MdCL twist. The album's title, as well as its content, shows a simultaneous nod to both the past and the future, as Mark elaborates: "The title is a play on Duke Ellington's big band classic "Take The A Train," but with the modal jazz influences a la John Coltrane and undercurrent of beats and electronic elements, it just made sense to be Take The Space Trane." Mark your calendars for February 4th.


TAGS:  audio, duke ellington, john coltrane", mark de clive-lowe, The Rotterdam Jazz Orchestra
Previous: Aaradhna Gets Her Sweet Revenge In ‘Lorena Bobbitt’ Next: Cody ChesnuTT Reintroduces Us To His Soul On ‘Landing On A Hundred’