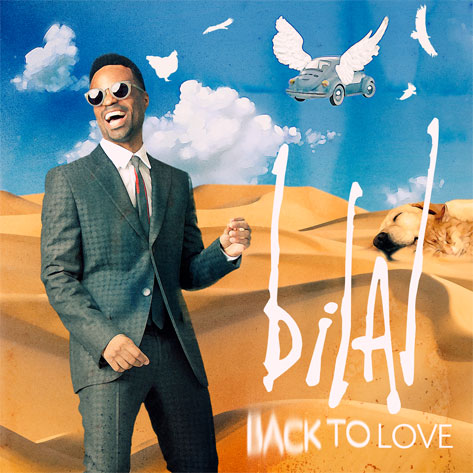 When I daydream at the day job, I create mental playlists. My latest cranial creation is a playlist of contemporary R&B jams to play for family during the days leading up to the holiday. I love Christmas music as much as the next, but every once in a while we can (and will) take a break. Bilal's "Back To Love" perfectly fits the bill. This track comes off of his new album, A Love Surreal, which drops early next year. I'm guessing the title is a play on John Coltrane's legendary album, A Love Supreme. The song itself is a welcomed message about shaking the stresses of a relationship off and getting back to the love. He effectively communicates this through his classically-trained voice over a soulfully jazzy beat. As far as I can recall, whenever Bilal steps on the scene, he routinely shows out. His appearance on Robert Glasper Experiment's Black Radio earlier this year and the GRAMMY-nominated "All Matter" from 2009's Double Booked were among the highlights of each of those albums. "Back To Love" is a departure from the abstract and electro-soul soundscapes that peppered Airtight's Revenge and continues to show his versatility and range. Bilal will take us to A Love Surreal on February 13th.